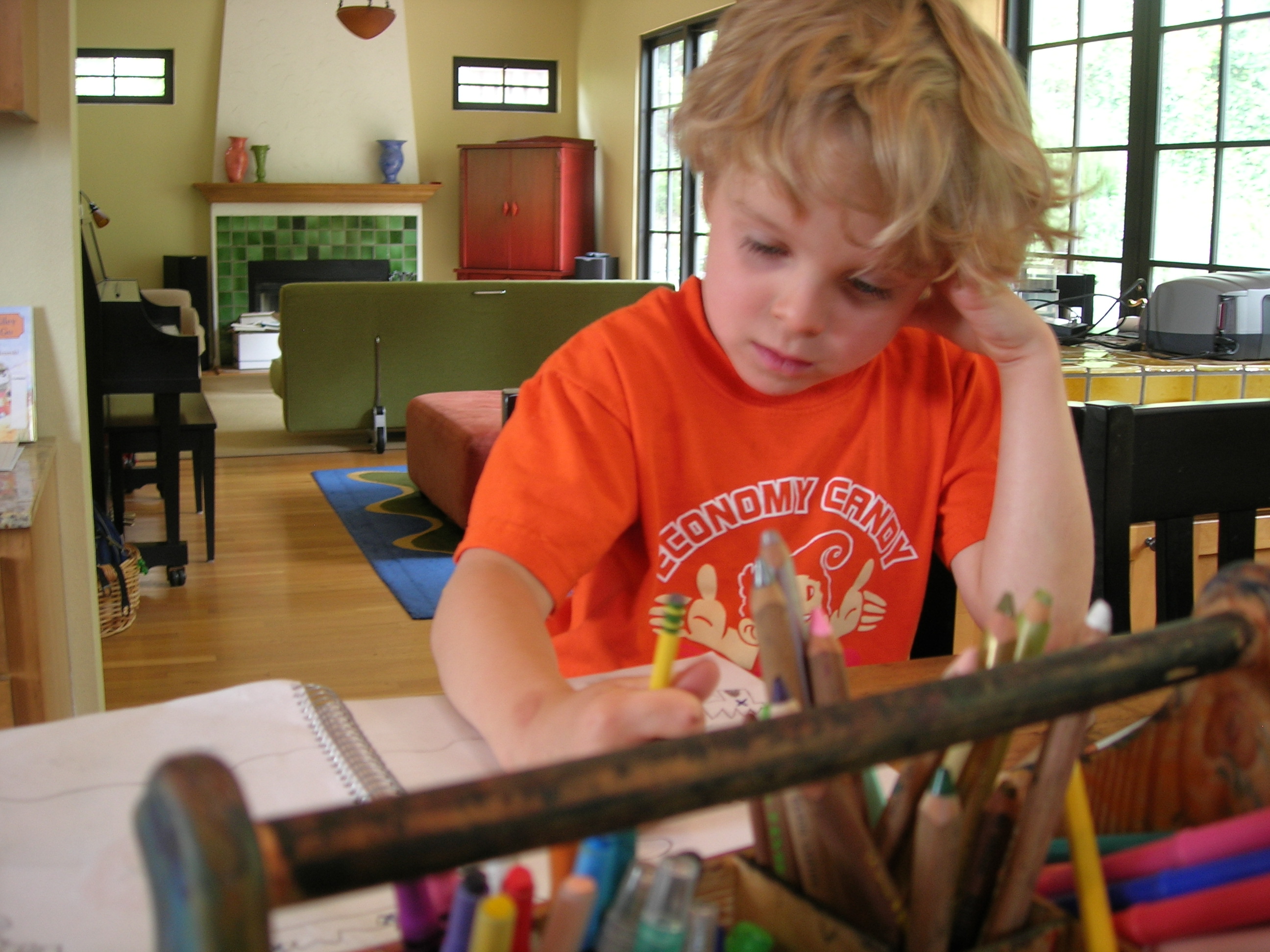 Last year, as I filled out our Private School Affidavit for the California’s Department of Education-the form that allows California homeschoolers to function as small, private schools–I came across a line in the document and realized that our “school” would need a name. I asked the kids what they thought we should call it.

I don’t remember the first names tossed around the kitchen, but I do remember the moment H came up with this one:

“Genius Farm!” he called out, with the enthusiasm of a contestant on Name That Tune. “Genius Farm! That’s it! It’s awesome!”

Well…it was funny, I admitted. I liked the image of a farm where geniuses are grown like stalks of Brussels sprouts. I liked the irreverent sass of it. “But this website says homeschoolers should avoid names that are “cutesy”. And I’m not sure we want to have Genius Farm at the top of your transcript when you apply to college.”

By this point, all three kids were chanting aloud, “Genius Farm! Genius Farm!” overpowering, as usual, my objections.

Okay, okay. I assured them that we could refer to our home as the Genius Farm all we wanted, but I needed to come up with something else for the form.

The kids’ minds were made up; I finished the form myself. I filled the “school name” cell with The Workshop instead. I hoped the title might be respectable, but still a little quirky, conveying a place where projects are being undertaken, where things–and ideas–are being created. Still, I don’t like the name nearly as much as Genius Farm.

Not that my kids are geniuses. Well, they are geniuses, in their own idiosyncratic ways, as I think every child is. But they haven’t been raised on flashcards and IQ tests and advanced classes for the gifted. We aren’t really trying to raise geniuses around here.

I like the farm part of the name, though, the idea of a metaphorical place where a family can grow something abstract, intangible. I mused: if I could cultivate anything in our home, in our life as homeschoolers, what would it be? Creativity? Curiosity?

I love the word wonder. It’s a noun as well as a verb. It can mean a miracle, a phenomenon or a state of amazement. It can be the act of marveling or questioning. A wonder is a journey of the mind, lasting maybe a minute, maybe a lifetime.

I hope I help cultivate wonder in my kids. I’d like them look at the world around them and be both awed and confounded, and utterly compelled to know more. And if nothing else, just watching my kids learn and grow prompts a lot of wonder in me.

So while I didn’t put Wonder Farm on that Private School Affidavit, I am putting it at the top of this blog. It isn’t quite a Genius Farm, but I think it will do.