The mother who takes pains to endow her children with good habits secures for herself smooth and easy days.—Charlotte Mason

Levinson thinks we should work on one habit at a time with our kids, gently reminding them to do something just once–no nagging. If we do so, she says, the habit will take within about six weeks.

I have no idea where she gets the six weeks figure. Something Charlotte Mason wrote a century ago? Some scientific study? Personal experience? A random time frame that sounds good?

No matter, I decided to try it.  After all, I could use a smooth and easy day every now and again. I decided to see if I could eventually get Mr. T to put his plate next to the sink after a meal, without being reminded. This seemed like a reasonable habit to attempt–it isn’t something that really drives me nuts, so I figured I could restrain my usual nagging.

So I reminded. Gently and only once per meal. (Don’t chalk this up to patience; I was just trying to carry out the experiment scientifically.) Mr. T usually put the plate on the counter after one reminder, but never on his own.

Yesterday morning, when I came downstairs after showering, look what I found: 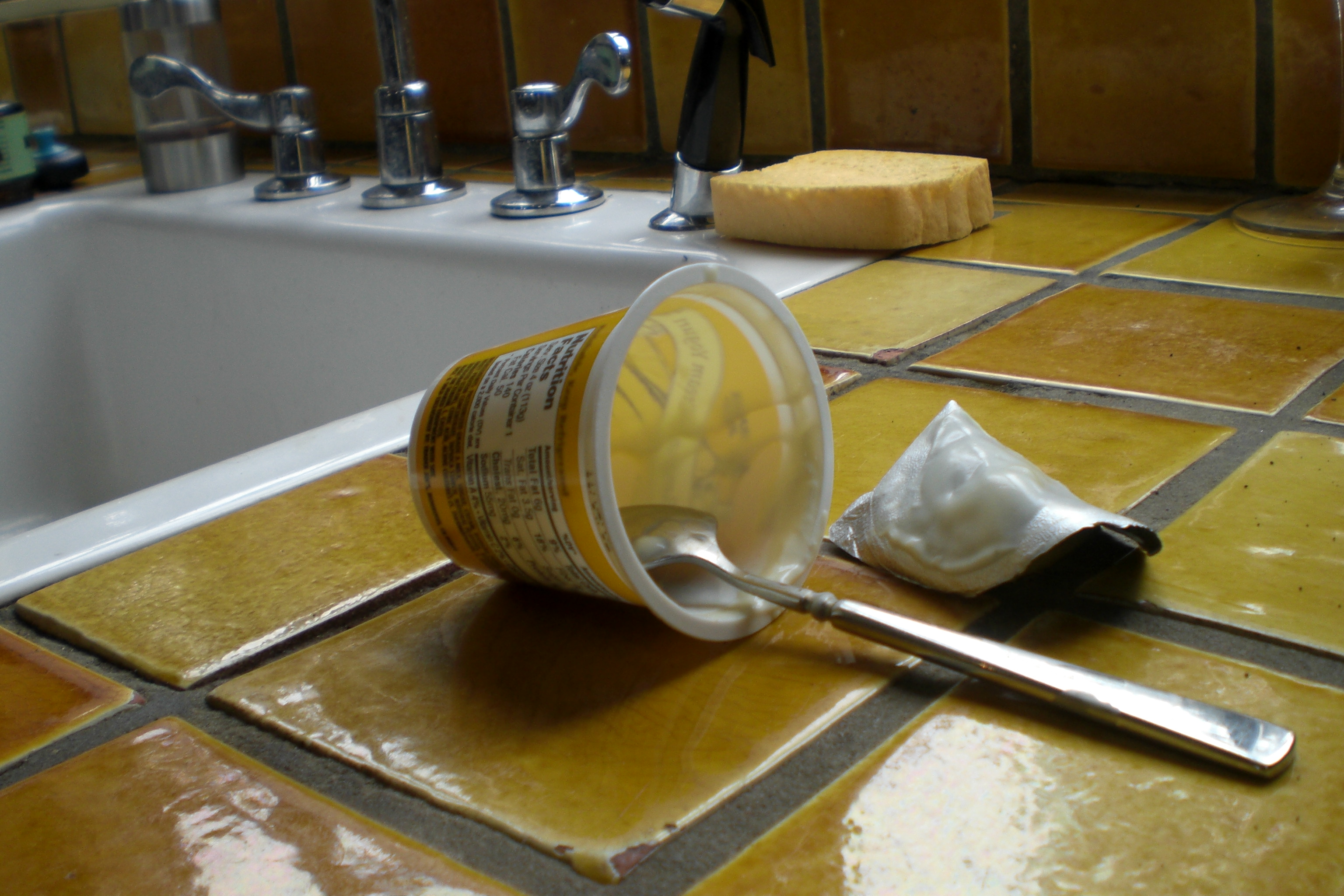 I calculated. It had been six weeks and one day since I started trying to fix this habit. (Mr. T is not a kid known for obedience–I guess he needed that extra day.) Of course, it might have been nice to have the yogurt container and lid placed in the garbage, just a few feet away…

But I guess that will take another six weeks.