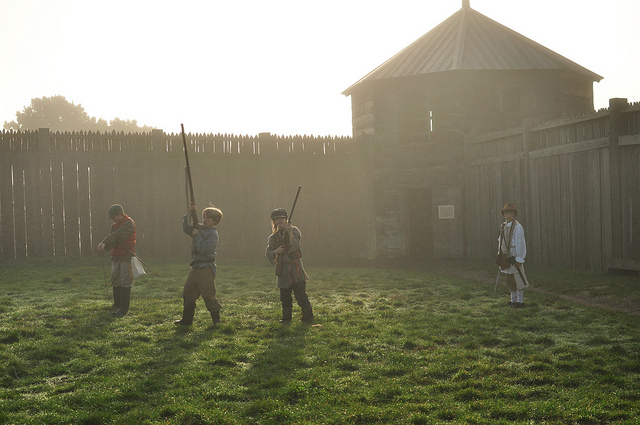 This year Mr. T and I are delving into California history. With a few other families, we’re visiting a different historical site each month. We’ve already had a few wonderful experiences, which I’ve neglected to share here.  One of these days I’ll catch up.

Meanwhile, this week we went on an overnight living history trip to Fort Ross, on the California coast. 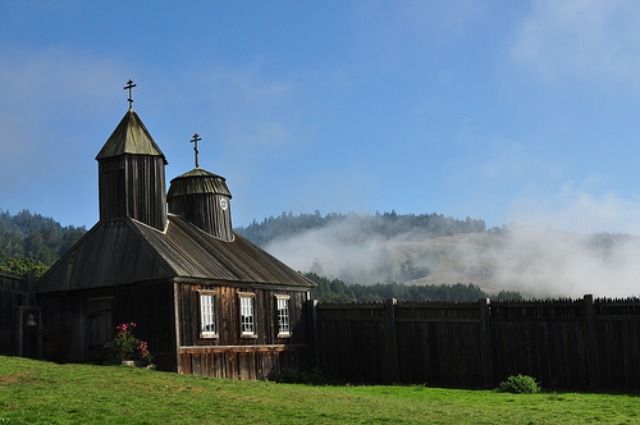 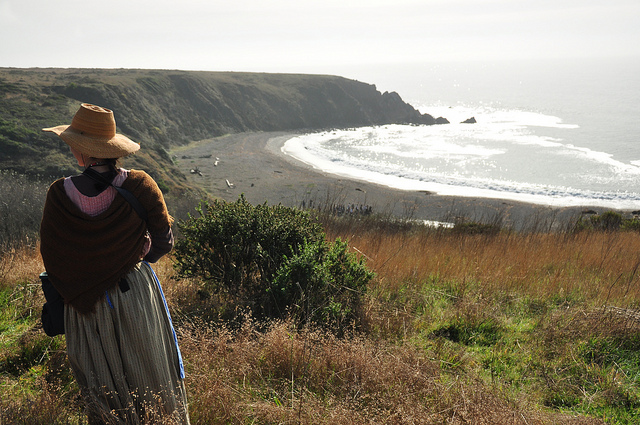 It was an amazing adventure.

Fort Ross was established by Russia during the early 19th century, as a site for growing food for Russian outposts in Alaska, and a place for hunting otter for the fur trade. The Russian-American Company that developed at Fort Ross was an interesting mix of Russians, native Alaskans and natives from California’s Kashaya Pomo and Coast Miwok tribes.

For the trip, each of us took on the persona of an actual person who once lived at Fort Ross.

Mr. T became Kirill Timofeevich Khlebnikov, an accountant for the Fort Ross Company who kept records of everything from how much employees were being paid to how often the cannons were unlawfully fired. T was part of the militia group on our trip, which meant he got to learn about weapons and help shoot a cannon. He’d be happy to tell you what an 1812 Charleville smoothbore flintlock muzzle-loading musket is. He learned how to follow Russian military commands, how to make rope and how to keep a fire going. He also washed a lot of dishes, something he never seems able to do at home. 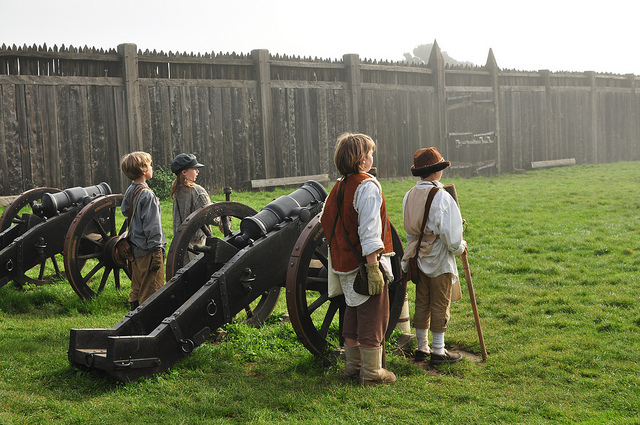 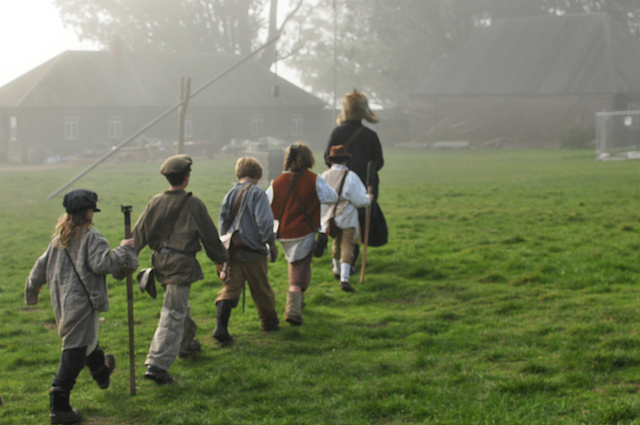 I was Paraskov’ia Kulika, a half-native, half-Russian (or Creole) woman who married a Russian. After her husband died, Paraskov’ia worked off his debts by serving as a cowherd for the company. During the trip I served as a cook, which was a whole lot of work involving a whole lot of beets.  (Borscht, anyone?)

The coastal site was stunning. The quality of light–an otherworldly mix of sun and fog—made the whole experience seem a little magical, as if we really had stepped into an earlier world. 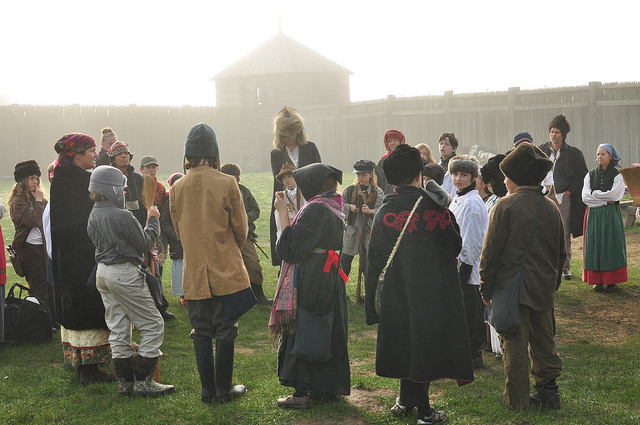 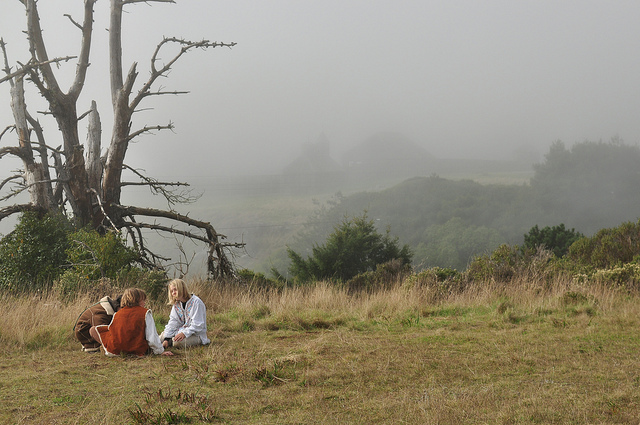 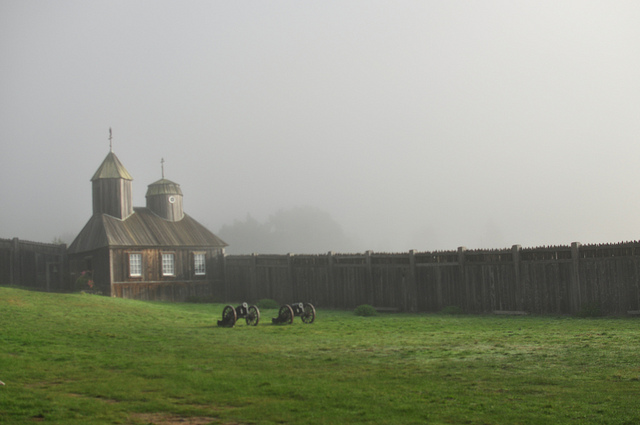 Portraying real people, and visiting their cemetery especially, connected us to the people who once lived there in a way that we surely wouldn’t have felt by simply visiting as tourists. The whole experience was powerful. 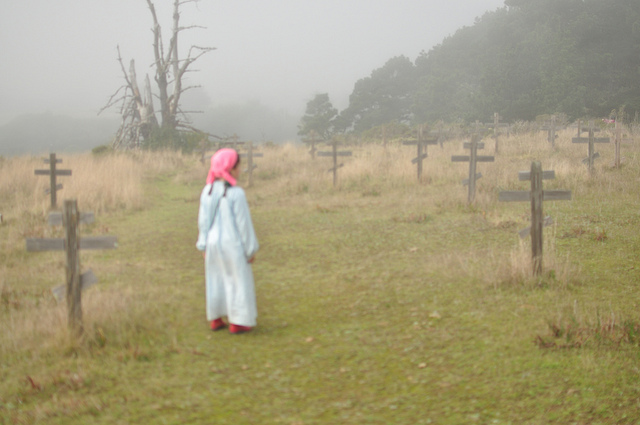 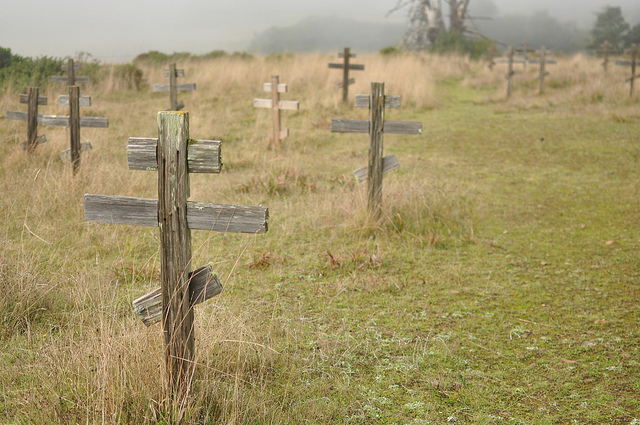 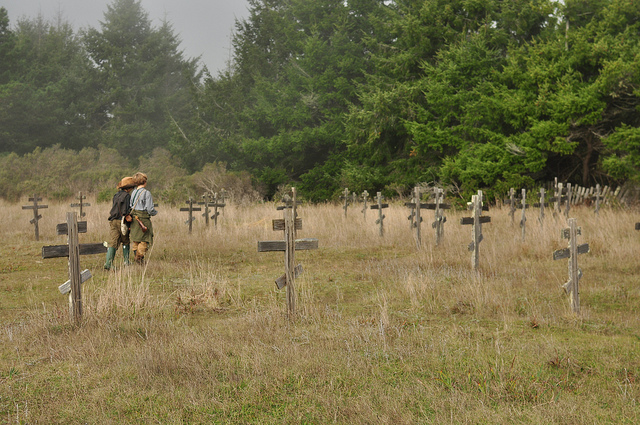 When I talk to H and Lulu about their childhoods as homeschoolers, it seems like our living history experiences are some of their favorite memories. There’s something about leaving behind real life for a day or two, and living as someone else, that transports and transforms you. 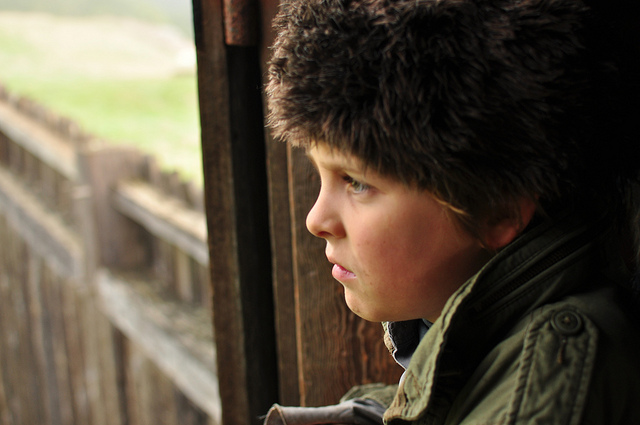