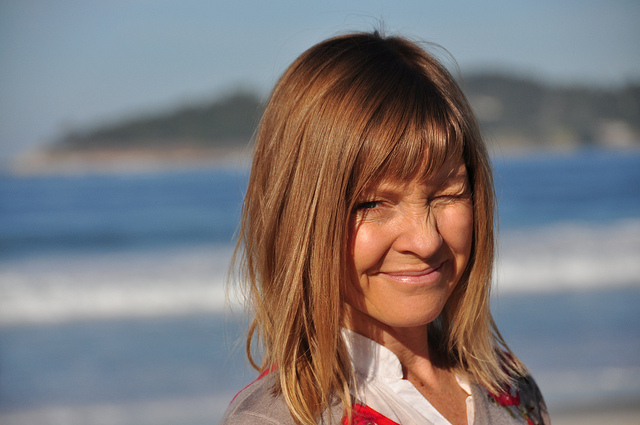 Me, squinting and looking sheepish.

That realization sort of stuns me. I didn’t recognize it until the year began to dwindle and I glanced back. I spent a lot of time last year working behind the scenes of my writing, without actually writing. I futzed under the hood, you could say, without actually driving the car.

And how, you might ask, did I do that for a year?

I spent the first three or four months of the year researching why writing matters. This was, ostensibly, a means of starting a book chapter called (what else) “Why Writing Matters.” I can’t, I figure, expect parents to read a book about helping their kids with writing unless they’re convinced that the endeavor will be worth their while. So I simply set out to do a little research, and found myself falling into a rabbit hole of studies, reports, articles and books on how writing is becoming more important than ever in the modern world. And concurrently found other studies, reports, articles and books bemoaning the fact that writing is being more neglected than ever in most classrooms. It’s a fascinating, horrifying story, and I couldn’t move on from it; I just kept reading, gathering notes and pulling out my hair. I managed to collect it all into an article query, and wrote an introduction to the article, but haven’t yet had a magazine take me up on writing the actual piece. It’s an important story, and one I’d still like to tell.

I spent another few months preparing workshops which I presented at a homeschool conference and elsewhere. I’ve given workshops before, but these were two completely new ones, and it surprised me how much time they took to put together. Good news: those months of research wriggled their way into both workshops. Suddenly I had more evidence, more grit for parents, to work them up about writing. Giving the workshops was exciting–there’s nothing like sharing ideas with others and getting immediate, tangible responses. (And hugs, even.) The give-and-take with participants gave me all the more insight about kids, parents and writing for my book project.

I spent another two months redesigning my blog. This was perhaps the most frivolous, not-related-to-writing distraction of all. I just wanted my blog to look more like the vision I had in my mind; I had no idea how much I had to learn about code and such to make that happen. It was a fulfilling little dalliance, though, and it had to be good for the synapses in my forty-six-year-old brain. Now I’m redesigning my homeschool support group’s website, so the experience wasn’t all shallow self-indulgence.

Looking back on how I spent 2o11, and how much I wrote, I realize that I worked on just three projects: that article query, my e-book for parents on facilitating writer’s workshops (still unfinished) and this blog. That’s it.

I also realized something else. There are two things getting in the way of my writing.

I know, I know! How can writing a book get in the way of writing? But a book project is nothing if not big. I knew that writing a book would take years. It’s been almost three years since I got the original audacious idea of writing it. In that time I’ve done a lot of thinking, outlining and note-taking. I’ve even done a lot of writing. But I can see now that I am years and years away from anything resembling a completed book. I just don’t have the time to make it happen faster. I’m still a homeschooling parent, which implies a certain level of busy.

I’m also a monogamous-project person. Ask any of the moms in my homeschooling group, who see me knitting at the park week after week. I work dutifully at one project and finish it before I even swatch for another one. It’s a little ridiculous. I knitted a single sweater coat for nine months until the thing reached my ankles. I’m not sure what this tendency says about me. That I value finished projects over process? That I can’t multi-task? That I’m tunnel-visioned? True. True. True. But it’s also true that if I want something I will work for it. Stubbornly. Single-mindedly. Mulishly.

I thought I wanted to write a book. I do want to write a book. But what I realize, now, is that I want even more to help other parents with their kids’ writing. And if I put all my time into writing a book that won’t make it into another parent’s hands for years and years, then I’m not going to be helping anyone for a mighty long time.

Then there’s the fact that my project single-mindedness hasn’t allowed me any other writing for almost three years. So many times an essay idea has whispered in my ear, and I’ve ignored it, knowing that I’d never get a book finished if I got sidetracked with other whims. But, oh, how I’ve missed writing essays and articles! I’ve missed breathing on them and shining them up until I could see my reflection in them. I’ve missed sharing them with my writer friends, and re-writing them, and re-writing them again, and finding potential markets for them, and sending them off, with held breath and crossed fingers. I’ve missed that enchanted period before the rejection arrives, when the unlikely is possible.

I haven’t written a new essay in almost three years. I stopped writing essays just about the time I started getting them published.

Suddenly I’m feeling a little sad about that.

I’m not giving up on my book project. I’ve just decided to let it become the afghan that I knit at on the side, for years, without worrying about when it will get finished.

In the meanwhile, I’m allowing myself to dally. I’ll keep working at my e-book on facilitating workshops. I’m excited about the e-book model: the shorter format, the self-publishing angle. I’ll try out this first idea, and if it goes well, I very well may release other portions of the book in my brain as e-books. I love the idea of potentially helping other parents sooner, rather than later.

And I’m going to get back to writing essays and articles. I’ve pulled a few simmering-too-long ideas right up to the front burners. Feels good.

But back to that other writing obstacle: this blog.

I’ve kept up this blog as doggedly as everything else I do. A post a week, most weeks. For a long time I kicked myself for not writing more. I was convinced that I needed to post more often to build up my audience. And how I wanted to build my audience! I kept waiting for the month that my blog would take off, and attract masses. But, no. There have been no take-offs or other statistical pyrotechnics. My blog audience has grown slowly and steadily over the months and years. What else did plodding, deliberate me expect? I have a relatively small yet loyal readership. Every month there are a few more of you. I am finally beginning to take satisfaction in the fineness of that gift.

But a post a week here has been too much for me. As this current post is making all too evident, I don’t write short. Wish I could, but I can’t. So even posting every eight to ten days meant that blogging took up a good chunk of my writing time.

No, I’m not giving up the farm. I’m just putting my eggs in the basket that says that most of my readers will keep showing up, even if I only post every two weeks or so. That’s what feed readers and email subscriptions are for, after all.

I’m also hoping to focus my posts here on writing with kids, and passion-driven learning because those are the topics that matter most to me. I’ve finally figured out that I’m not Soule Mama, you know? I may drop in some atwitter posts now and again–heavy on photos, light on text–because I don’t want to things to get too impersonal. But I have a better sense of what my mission is, and what I want to share here.

So. All of this has been a bloated, navel-gazing introduction to my new year’s resolution: In 2012 I will write.