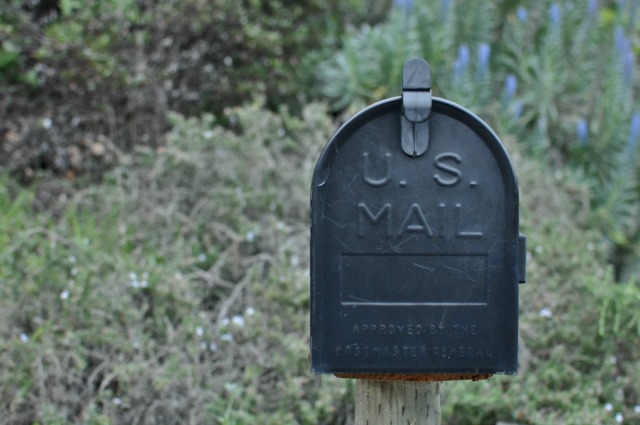 It’s mid-March and a hellish time if you happen to be seventeen or eighteen years old and have applied to colleges. Some colleges have started sending out their acceptances and rejections, via email and sometimes letter. Most are coming in the next week or so.

Meanwhile my girl waits, on the very precipice of the next stage of her life, utterly unable to envision it because the specifics aren’t up to her. Will she wind up in Massachusetts, Rhode Island, New York City? Her future sits on the laptops of a bunch of admission officers in some far-flung universities. They’ve decided by now whether she’s in or out, but they haven’t let her know.

These have to be some of the suckiest few weeks in a teenager’s life. And it isn’t much easier for the parents, I’ll tell you.

Lulu applied to twelve colleges. A ridiculous number, but her original list contained a few very-hard-to-get-into schools along with some very small liberal arts colleges in remote places she’d never visited, and this kept her mother wide-eyed in the dark one night, and insistent the next morning that Lulu research a few more schools, so she would have “options” once late March rolled around.

Her mother also insisted that she apply to one school back home in California, to go with those other eleven on the east coast. Sheesh. It’s not enough that our oldest has been in New York City for almost four years now (and plans to stay after he graduates in May.) You might think our kids are trying to get as far as they can from their parents, because they pretty much are getting as far as they can from us, while still staying in the country. Lulu claims, though, that she just wants to experience living somewhere different–somewhere with snow and brick buildings and cannoli–and that she’ll come back to California for good.

I’m counting on that, young lady. I’m getting it down in writing here–on the Internet! No going back on your word now.

Twelve applications is a heck of a lot of work, I’ll tell you that too, from my second-hand perspective. Four years ago when H was applying, I wrote about the college application monster. H applied to film programs, so the process required short films and resumes and screenplays, along with the traditional essays. It also required a lot of nudging and nagging from his mother. Still, although Lulu only had essays to worry about, she applied to twice as many schools as her brother did, which made for a different sort of overwhelm.

I wouldn’t call the process a monster this time, though. Lulu, truth be told, required less from the nudging department. (I know I shouldn’t be sexist, but: girls.) Lulu approached the process differently. Every essay was an opportunity to understand herself better. A chance to distill herself into sentences and paragraphs. None were deemed finished until she’d wedged her soul between the lines. It was an awe-inspiring process to witness. And I did get to witness it because she rehearsed each essay first on me. Lucky me.

Wes Anderson appeared in her essays. Also, Lemony Snicket. Myers-Briggs tests were there, and street artists, and Franny and Zooey. I’m hoping that maybe she’ll let me share one with you here one day, after it’s done its job. The one she wrote for her Common App might make you teary, like it did her high school counselor.

I keep hoping that since Lulu got so much of herself into those essays, they spoke to those admissions officers–at least the officers at the schools that would suit Lulu best. I hope she emerges from those words and tells them where she belongs.

Hoping is all Lulu can do right now. But she can’t hope too hard; can’t hope too specific. It stinks. I try to distract myself, try not to wonder about the different possible permutations of acceptances, waitlists and rejections. Mostly, I try to stay off College Confidential, an online forum which is like a drug to desperate, worry-crazed applicants, where they scrape around for some clue about when a college will send their decision email, or some sign that they have a chance at that dream school. Most pathetic are the parents who lurk there like junkies. Okay, okay, sometimes I lurk. But least I don’t post. It’s those desperate parent posts, the ones in which they lay out why their kid really ought to get into that dream school that shake me awake like a Red Asphalt film in Driver’s Ed class. That scare me into clicking the screen closed.

Still, I understand what drives applicants and parents to College Confidential. As you’ve probably heard, the college application process has amped up over the years. It’s like The Hunger Games without the killing. If you don’t believe me, listen to this NPR story from a few years back, in which the interviewer sits in on decision meetings with admission officers from Amherst College. One of those officers cries.

It’s a crazy thing, to put the next four years of your life in the hands of strangers and to let them decide where you’ll wind up. At least Lulu did all she could to help them along.

And so we wait.

The only thing that keeps me from wishing away these last weeks in March is this realization: once she knows where she’s going, she’ll be once step closer to being gone.