things that make my brain explode 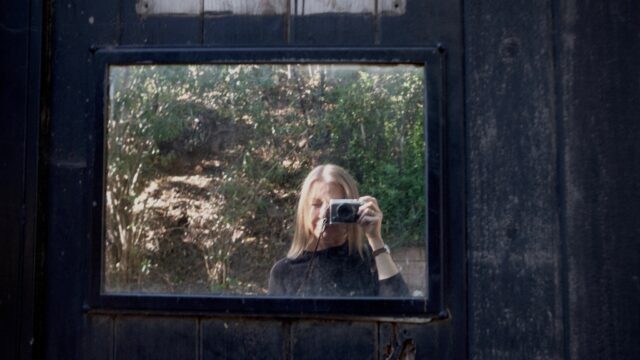 This was the month that my brain exploded. (If lengthy explanations of brain explosion aren’t your thing, scroll down for a few links to things I’ve loved lately.)

For one, I worked privately with the writer Sabrina Orah Mark. Do you know her column Happily, for the Paris Review? It was a monthly column focusing on motherhood and fairy tales and it’s brilliant. If you’re new to her, I recommend the essay that went viral early in the pandemic, “Fuck the Bread, The Bread Is Over.” (My printed-out version is a chaos of underlines and margin notes.) The essay is about women’s work and worth and those early pandemic days, and the leaps and repeats she makes are magic. Another favorite is “Rapunzel, Draft One Thousand,” which is about her younger sister having cancer and racial inequity and life. It will slay you.

Sabrina began as a poet, and her work is inventive and constantly breaking free of rules and structures. I’m writing a book about breaking free of rules and structures and I want the writing itself to reflect that. I want to delve into the second half of my book draft with writing that is–I wrote this in my journal a month ago–more alive and feral.

I went to the right teacher, I’ll tell you! Sabrina gave me prompts to write about each week, and the prompts were tailored for me, based on the weekly zoom conversations we had about the drafts I submitted. What a delight those conversations were! Don’t be afraid to wander, she said. You have to account for the spaces in between things, she said.

She helped me understand my tendency to start with formal structures in my writing–sort of like how I started out as a school teacher–but reminded me that I can intentionally break those structures, let the writing go awry to mimic what’s happening in my mind. Mimicking what happened when I started watching my kids and had to rethink everything I thought I knew about learning.

It’s a primer for some kind of wilderness, she said about my book project, and you can bet I’ll be playing with that metaphor.

So, there was that.

Then I read a post from a literary agent that got my brain exploding further, if it’s possible for brains to explode incrementally. It said that every nonfiction book should have an argument, even if the book is a more personal story.

I was driving down I-5, making a quick trip to LA because somehow when we’d helped H moved down there the week before, we’d forgotten all his camera equipment at home, which is, um, a problem if you’re a cinematographer. So I’m driving down that monotony of dirt and semi-trucks when it hits me: We need to give children, now more than ever, freedom to guide their learning and their lives.

Woah! This is a belief I’ve always had, even when I was a teacher and didn’t yet have children of my own. But once I began homeschooling with my kids, led them off into that wilderness, saw who was guiding whom, and why it mattered that I let them guide, well. The belief became all the more fervent.

My mind kept going, fired on too much black tea steeped at rest stops, connecting the dots of my own life and I realized this: we live in a world that is slowly stealing away the agency of children. And by agency I mean control in their lives. First, we took their freedom in the world—I’m of the last generation that was allowed to roam our childhood neighborhoods unsupervised, expected only to come home for dinner. Next, we went after their educations. When I taught elementary school in the early 1990s, the prevailing pedagogy was to start with the child and build knowledge from there. We were taught to teach reading with real children’s books; to teach writing via writer’s workshops. Math came in open-ended problems that encouraged kids to find their own solutions, and learn from other kids. The past twenty years have stripped that away, first with the No Child Left Behind Act in 2001, and then the continued drive toward standardization, textbook learning, and testing, testing, testing. We’ve arrived at, I think, a crisis point: children have little control in their lives just when the world needs adults who can think for themselves.

Suddenly, I really understood that I am not just writing a homeschooling story here. Homeschooling was the experience that amped up these ideas for me, like I’d been drinking too much black tea steeped at a rest stop. But I don’t just want agency for homeschooled kids. I want agency for all kids. I want parents to understand how the school system has shifted so they can fight for change, make school more about the kids, and less about achievement.

I want to fight for that, too.

Maybe my book can help parents understand how much kids can develop agency outside of school. In their play. In their private worlds. I couldn’t understand how much my kids’ play mattered–all the racing around as Harry and Hermione, all the videogames, all the ridiculous movies they made about pirate-ninja men and James-Bond-as-a-seven-year-old–until they became adults (and I find myself driving camera equipment down I-5.) We need to give kids more space for play. We need to stop trying to provide all the best “opportunities,” despite how society keeps hammering this idea that it’s our job to create successful people–another recent historical shift. See me holding up developmental psychologist Alison Gopnik’s remarkable The Gardener and the Carpenter yet again, insisting that you read it, so you’ll understand how this shift began in the late 20th-century. How parenthood has became work. How children have become products.

Don’t be afraid to wander, Sabrina said. You have to account for the spaces in between things, she said.

That agent suggested we come up with a pithy summary for our book, like Michael Pollan did for In Defense of Food, writing: Eat food. Not too much. Mostly plants.

This agent also came in hard for the need for platform as I pitch my book. Which is market-speak for the fact that I need quantitative proof that I have a substantial audience of people who will buy this book and sell the hell out of it to others.

In other words, I need to reconnect with my homeschool/parent audience. In the past few years I’ve put so much attention toward writing this book that I didn’t allow myself much in the way of other work. I stopped speaking at homeschooling conferences. I mostly stopped writing about homeschooling and learning here. (Though there were a few pandemic posts, and ideas for trying virtual writer’s workshops.)

And it feels kind of icky to say outright that I need to connect for marketing reasons, but the thing is: I love connecting with other parents! I always have. It’s the reason I started this blog in the first place, way back in 2008, before Obama was even elected…

I feel like I’m being given permission to stop being so tunnel-visioned with my book project, and to get back to the other work that feeds my soul.

Inspired by my conversations with Sabrina, I’m thinking of organizing virtual group chats. (Free!) If I did, would you come? What might you like to talk about? Giving kids more freedom in their days, and what that might look like? How kids really learn to write? How to facilitate writer’s workshops? How to take dictation from kids–and why that’s such a good idea?

Or maybe some real talk from my vantage place, where I’ve seen my kids into adulthood–all three of them officially out of the nest as of two weeks ago, sniff–and can finally recognize what really mattered when they were little?

—C’mon C’mon. Man, I loved this film. It’s such a quiet evocation of the daily effort required to be with a child, and the beauty in it. Mike Mills is the director and writer, and his films are all beloved to me, probably because they are supposedly very autobiographical, and small stories of everyday life are what I love best. Beginners is based on his experiences with his father; Twentieth-Century Women is about his mother, and this one comes of time spent with his child. He’s said, “Most of my films, most of my writing, needs to start with someone I know, someone I can observe, someone who I love and someone that I’m trying to figure out.” Now you know why I like them so much.

—”Don’t Stop Me Now.” On that drive down I-5, I kept hitting repeat on this old gem from Queen because it is Richard Scarry’s Best Song Ever when you’re feeling fired up. Full disclosure: this was my tryout song for pom-pom girl, senior year. Which I don’t always like to admit, embarrassed at my past desire to dance around in a short little skirt and cheer on the real attraction: boys, but I came to terms with it somewhat when I read this: “I seem to have gone to dances and been photographed in pretty dresses, and also as a pom-pom girl.” Yes, my friends, that is none other than Joan Didion. (The essay is behind the paywall at the New York Review of Books.) And so I am keeping on nodding terms with my pom-pom girl self.

–Nightbitch. Wow, this book by Rachel Yoder is one wild ride. It’s about motherhood and art-making and staying home with a child and all the complications therein. It’s also about turning into a dog. There is a lot of meat-scarfing, which you might take as a warning if you’re vegan like me. Anyway, I loved it. I listened to the audio version from the library, which is read by one of my favorite narrators, Cassandra Campbell. (Who also did Jenny Offill’s Weather. <3)