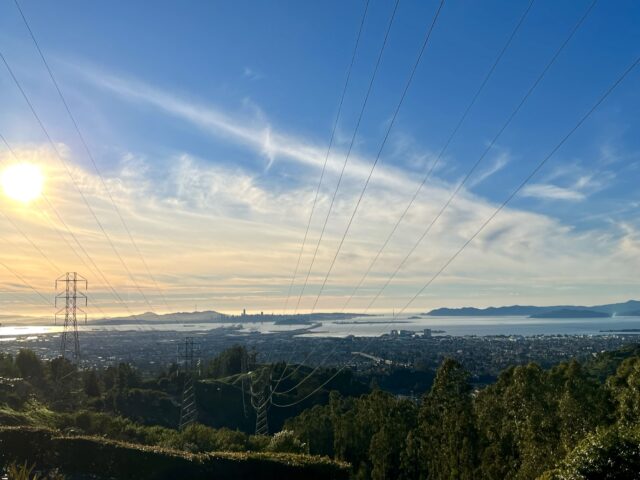 “That’s a quarter of a million.”

This is what Chris said when I told him that my TikTok video was coming close to 250,000 views. My husband is the numbers person in this relationship. I’m not sure why it hadn’t hit me that 250,000 equals a quarter of a million.

I don’t say this to brag. Well, maybe a little to brag, after years of writing rejections and frustrations that what I learned as a homeschooling mother was not a story the publishing gatekeepers wanted to hear. Maybe you hear the so there! rumbling beneath my honest question: what’s going on here?

“I’m like lowkey crying over this. I have been thinking this for years subconsciously and finally having the words for this makes me realize how little freedom i had and I feel like its too late now.”

“This speaks to me so much. One word to describe how I felt growing up: trapped.”

“I suppose the popularity of Stranger Things shows us that we are nostalgic for more exploration, play and even failure.”

Three comments among almost 1,500 on this video.

I posted it on November 15 on a lark. (You can watch it here, even if you aren’t on TikTok.) It’s not terribly polished. I’d recorded it at the end of the day and the lighting leaps all over the place since I added in clips I’d forgotten in my first take. I’d had my hair chopped off earlier that afternoon and hadn’t figured out what to do with it. I was just riffing on that Malcolm Harris article I’d seen in New York Magazine, thrilled that someone other than me was connecting the youth mental health crisis to loss of autonomy. It was longwinded and I didn’t expect TikTok to share it.

Somehow, two months later, TikTok is still showing it on viewers’ pages; the views keep going up. This isn’t happening with my other videos; there’s something going on with this one.

“I have always wished to have been born in a pre-911 world. I wasn’t, and by the time I was born the world was no longer as “safe” as it was in the 70/80s when my parents grew up. The autonomy given to children at that time period is now looked on as irresponsible parenting— you’re not keeping your kid safe if you aren’t keeping a close eye on them.”

“I’m always on my phone because I literally feel like I can’t make my own decisions in life so funny little videos are the only thing keeping me sane.”

“I am so tired of people blaming media and technology for our problems. Sure they can exacerbate the issue, but they’re not the root.”

In my mind I was making the video for fellow parents and educators. I’ve been utterly amazed by how many teenagers and young adults in their twenties left comments–though duh, this is TikTok’s primary audience. There have been two common themes. One, young people who are relieved that, yes, someone is finally talking about what they’ve been feeling. And two, young people who have never seen their lives in this context and are frustrated, sad, angry about it.

Some of the comments themselves have thousands of likes.

“This makes so much sense to me as a 28 year old. My whole life was heavily academically driven and I was the oldest. I think I didn’t really get to be a kid, and it has absolutely affected the way I function as an adult now. In 2020, many of us reverted back to old interests and hobbies. The new term “kidult” has come out about adults who buy nostalgic things, many arguing that it’s to recoup that childhood loss.”

After watching the video, a friend reached out. Her son died by suicide at 17.  She had concerns that my intro to the video left no nuance, no possibility that phones also might be part of why young people are struggling right now. I was grateful that she called me out, but felt terrible that she had to, terrible that in my attempt to make a “hook” that would make viewers keep watching, I’d made an inaccurate blanket statement. I also feel sad that my video made some young people feel even more hopeless about the lack of control they have in their lives. I made a couple of follow-up videos, offering an apology and more context, and some ideas for how young people might claim more autonomy in their lives.

“It’s happening in college too. I’m spending more time cramming and doing busy work than I am problem solving or being creative.”

“Yes! Teachers have been grieving the loss of childhood for the last 10 years. There is so much structure!!!”

“Honestly I think this is why adults are sad too. We don’t get to be free and do what makes us happy.”

I wrote an op-ed piece on this very subject last year, sent it around, couldn’t get it published. Frustrating, because I know this is an important topic and it’s not getting media coverage. Who knew that TikTok of all forums would provide reassurance that I’m on to something, that people care about it, that they’re looking for solutions–and might want to read a book about it.

My video hasn’t hit a quarter of a million–as I push publish here I’m at 223,700. Can you see me smirking? Those numbers only matter for my book proposal prospects. The comments are what I’m grateful for, and the comments on this video have moved me deeply. (Just like your comments here; they’ve kept me blogging all these years.) Young people, I hear you. Many of you are struggling and you need older folks like me to rally, to help bring back the freedoms that kids used to have. I’m working at it! I’m more motivated than ever to get my book out there and keep this conversation going.

This edition’s question: What could schools learn from homeschoolers?

I’d love to hear your thoughts on this, whether or not you currently homeschool. Maybe your kids attend school now but were home during the early pandemic and you have insights.