A few things that have me worked up these days: 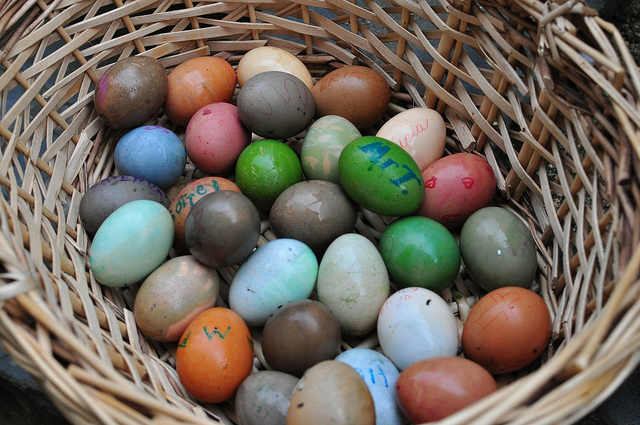 eggs! They’re wet and just-hunted for in this photo–you may even spy a tiny slug on one or two of them. (Which is what comes of them spending a few pre-dawn hours hidden in the backyard.) We used natural dyes on all of them but those green ones. I do love the pop of that phony green. Looks like it’s egg salad sandwiches for dinner tonight. I’m trying a new recipe, which uses yogurt instead of mayo, and comes from… 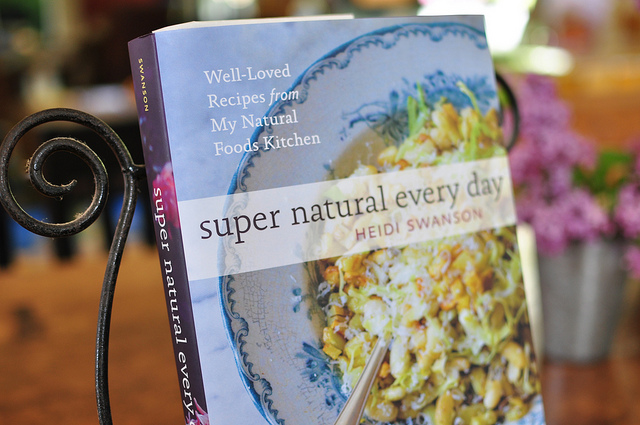 super natural every day. I’m loving this cookbook. I have Heidi’s first cookbook, which I’ve enjoyed as well, but this one may be even better. For Easter breakfast we made the Baked Oatmeal with blueberries. Yum. We’ve also prepared and lapped up the Farro Soup and the Harissa Ravioli. I took a big chance on Pan-Fried Mung Beans with Tempeh, knowing that it sounded like something from a 70s commune, but was unexpectedly directed by the resident teenager to please make this again! At Heidi’s signing at my local bookstore, I told her that as a longtime vegetarian, I have my gourmet cookbooks and my hippie cookbooks–and am very grateful to now have her cookbooks, which elegantly combine the two. Heidi knew just what I meant. She was absolutely lovely and gracious. 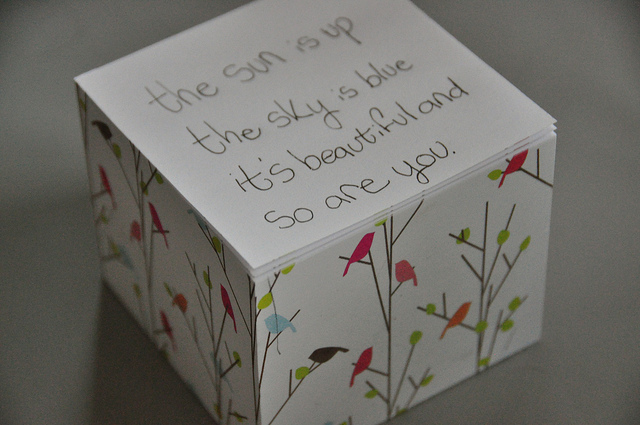 more teenager appreciation. In the form of a note, left on my desk. 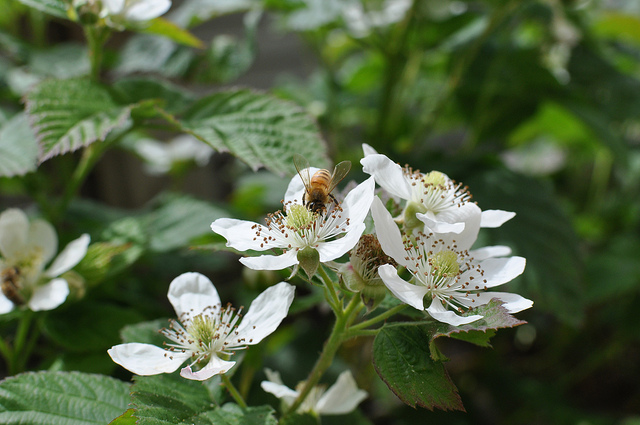 ollalieberries and honey in my future. My girls are so busy these days. This one’s working our ollalieberry bushes. I have one strong colony (the swarm I so comically captured last year) and am hoping to catch another. 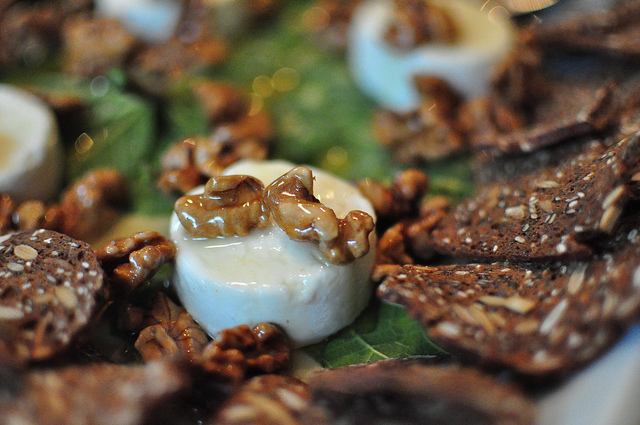 a simple, tasty recipe for said honey. This one comes from the classic The Cheese Course, by Janet Fletcher. It’s basically honey and walnuts on little Cabecou goat cheeses, but there’s one special, somewhat time-consuming trick, which removes the tannins from the walnuts. You pour boiling water over the walnuts and let them sit for half an hour. Then you put them on a triple-thick paper-towel-lined pan, and bake at 300 degrees for 30 minutes, and for an additional twenty minutes at 250 degrees, until the nuts are dry throughout. You toss them with the honey and drizzle over the goat cheese. I’ve also done the same over gorgonzola; both got raves at parties. Let me just say that when the cheese was gone, fingers were seen swiping plates. 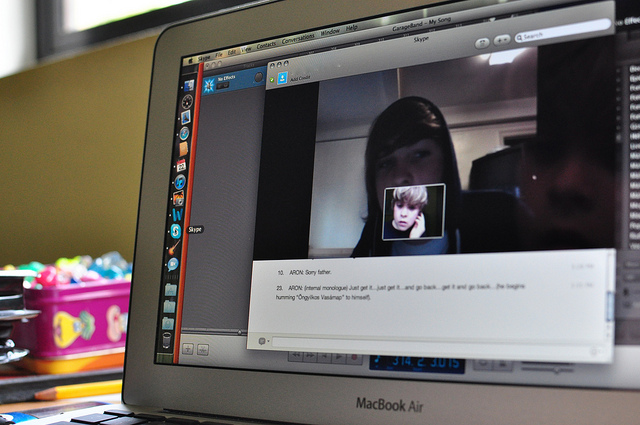 collaborating brothers. My boys have a long history of working together on H’s film projects. I figured those days had ended for the time being, given that H is at school clear across the country. But never underestimate the power of Skype. Last week, Mr. T did some voice work for an audio story for H’s sound class. We loaded up Skype and H sent the script as a Skype transcript. He gave T direction via headphones and I recorded it on Garage Band. It was sweet to see them working together again–and fun to see how H’s direction class has influenced his abilities to get what he wants from an actor. And he’s always baffled at how T manages to nail what he asks for–yet the two of us can’t convince the kid to try acting for others. Someone’s missing his calling.

an alphabet glue winner! The giveaway issue goes to Wendy, who answered my request for a favorite shared book with, “How could i forget one of my all time favorites – barn dance – by bill martin jr. and john archambault. it is like singing a song!” I’ll send your email address on to Annie, Wendy, and she’ll send along your e-magazine. Congratulations! For those of you who missed out on the giveaway, I hope you’ll still check out Alphabet Glue. You can read more on the website, or in my last post. It’s good, book-loving stuff!

So, what has you all atwitter?