on dreaming and duct tape 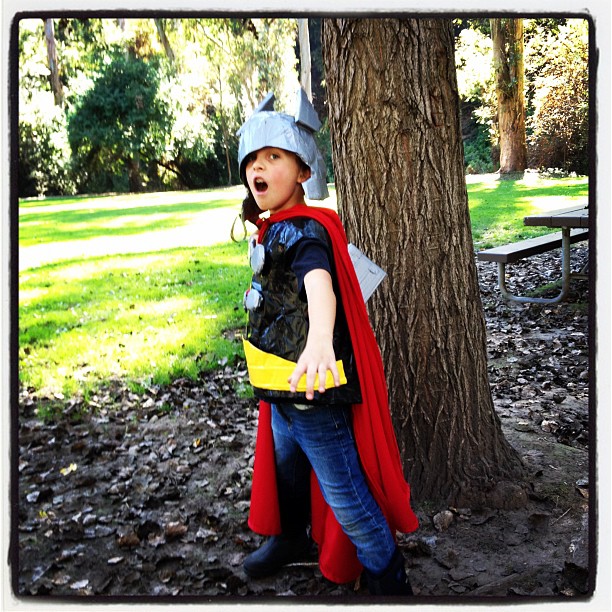 So, it’s November, and you’re certainly Halloweened out. You’ve probably moved on to pureeing pumpkins and writing novels. Still, in the name of DIY projects and for the love of duct tape, I wanted to share Mr. T’s Halloween costume.

(If you follow me on Twitter, you’ve probably seen this costume more times than you care to. I still haven’t figured out how my new phone is posting my photos to Twitter without me realizing it. Upstart phone!)

You may remember that in the spring, T and I fashioned some hoplite armor from duct tape for our homeschool group’s history fair. That was when I realized that you can pretty much make anything from duct tape. (Winter boots? Baby slings? Turkey platters?)

When T mentioned that he wanted to be Thor for Halloween–the Avengers’ Thor, mind you–we Googled up some images. 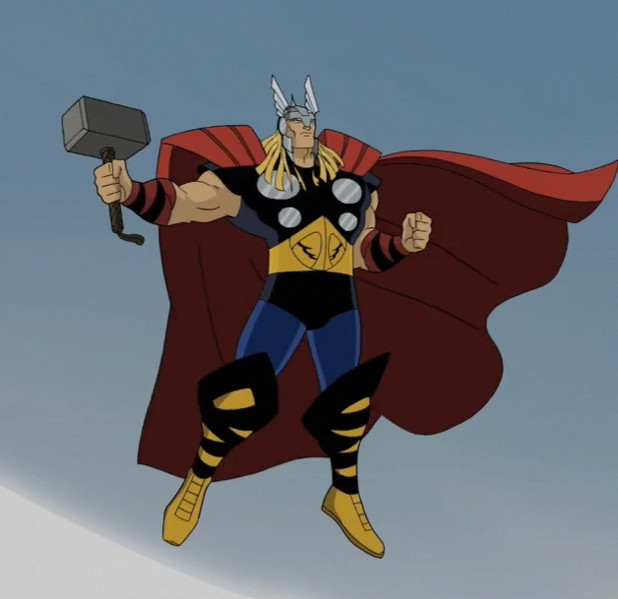 Immediately the duct tape portion of my brain started humming. That helmet! That armor! We could make it!

We used the same technique that we used for the hoplite armor, taping over an old sweatshirt and its cut-off hood. More detailed explanation on that hoplite post. 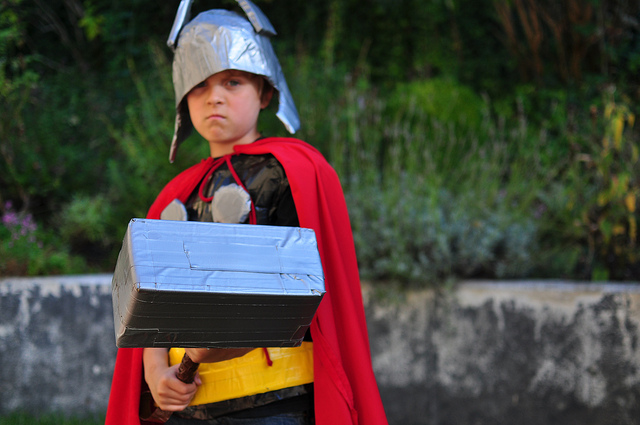 For the helmet’s wings and for Mjölnir (that’s Thor’s hammer, if you need to brush up on your mythology), we headed over to The Foam Factory. (Who knew that such a place existed, not ten minutes from our house? And that they have a bin full of foam scraps for whatever crazy project you may dream up, available for less than you’d pay for a pack of Pokemon cards?)

If you keep adding layers of duct tape, and trimming them to size, you can build up practically any shape you imagine. Those big shoulder protrusions? No problem! (We ran out of time for making the arm bands and those wacky boot extension thingamajigs. But we could have fashioned them with duct tape too, easy.)

I went to three stores in search of fabric for the cape. Found nothing, even at the third, until I got to the remnant bin. Then I scored a huge piece of absolutely Thor-ish crimson fabric for $7.70. I already had the cape pattern at home, and the pieces fit along the selvedge with an eighth of an inch extra. Honestly. Meant to be. 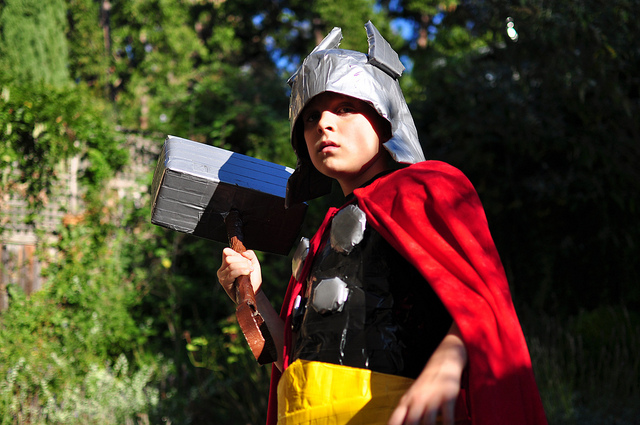 About a week before Halloween, I found myself in one of those terrifying Halloween superstores. I actually came across a few pre-made Thor costumes, complete with ginormous plastic Mjölnirs, (one already busted at the handle.) But they were expensive and so, well, tacky. (I know, I know, what’s tackier than duct tape? Har, har.)

I could have pulled a piece of plastic from my wallet and been done with it. Yet there’s something so satisfying about getting an image in your mind and asking How could I make this? And when you bring your kid along for the ride, not only is the process fun, but the kid learns that no matter what you dream up, you might be able to make it real.