in which she bashes traditional schooling 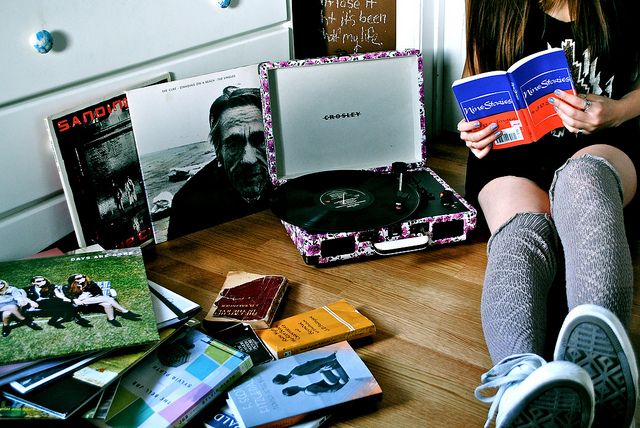 When we last met here, I was tearing my hair out at the wait for Lulu’s college application results. I knew there might be a few restless nights of sleep involved, but I never imagined how much I would worry about the essay she’d written for her Common App.

L. heard from ten of the twelve schools she applied to last week. The first few days were a grab bag: an acceptance, a rejection and a couple of wait lists. One of those wait lists was a bit of a shocker. It came from a school which L. had selected as a pretty sure bet; one with a higher acceptance rate–otherwise known as a safety school. Lulu honestly wasn’t an ideal fit for the school–it’s a fairly traditional, regimented school, although in a location she liked–but we figured that since L’s grades and test scores were well above the school’s accepted average, she’d be an easy in. Not so.

Suddenly I began to worry that the essay she’d written for her Common App–the one which went to all twelve schools–was perhaps a bit more risky than we’d considered. L. had written about her background as a homeschooler, and then compared it to her high school learning experiences. In the process, I suppose, she’d thrown her high school under the big yellow bus.

What if the essay that Lulu had brainstormed with me–the one that had seemed so insightful and passionate and very her–was the very thing that kept her from getting into the colleges she desired?

By last Wednesday night I was terrified.

There was one school that L. had held at the top of her list for months. It’s a very competitive school to get into, and we knew that she would hear from them late last week.

But there was another school. This one wasn’t on L.’s original list; she didn’t think it was in a setting that would work for her. Still, later in the application process, when I encouraged her to add a few schools, she’d applied to it, particularly after reading about their program in Individualized Studies. The program was, according to its website, created for “a special kind of student—focused, intelligent, disciplined, and creative.” The program allows students to “enjoy an unusual degree of freedom to design your own individualized programs of study, with relatively few requirements and a wide range of opportunities.” Interesting.

A few weeks before the final wait began, Lulu began researching this program and became increasingly intrigued. So much so that last week, when she didn’t get into the school that had been her original #1, she wasn’t terribly disappointed.

The day after, she got word that she’d been accepted to that other program–the quirky one that seems to suit her to a T. My girl is thrilled. And that essay that I’d worried so much about? I’m guessing it was a major part of what this school saw in her.

I’d mentioned in my last post that I hoped Lulu would let me share her essay here. I figured that the perspective of a former homeschooler might interest some of you. Of course, I changed my mind about sharing that essay anywhere once it started stealing sleep from me! In the meantime, though, an interesting opportunity has come up. The website Medium is hosting Extra Credit: A Scholarship Program Rewarding Excellent College Application Essays. L. has submitted her risky essay. Why not?

I’m posting the start of her essay below; if you’re interested, you can read the rest on Medium. The essays that get recommended most by Medium readers go to a final judging by a group of professional writers. The top three entries win $5,000 scholarships.

(You have to have a Medium account to recommend an essay there. Setting up an account is very quick if you already have a Twitter account. But even if you don’t, if you find L.’s essay to be thought-provoking, perhaps you’ll share it on your social networks. There are buttons on the bottom of the Medium essay for sharing on Facebook, Twitter and via email. We’d love it if you would!)

Me? I’m just utterly relieved that the wait is over. And that my girl seems to have found a college that accepted her for who she is.

I think, perhaps, I’d like to start a school. An alternative high school where students are engineers of their own education. Where students learn like I did.

Until high school, I was homeschooled. I spent my days at home, diving into the subjects I found interesting, letting my schoolwork be guided by what I was excited about. I read and wrote constantly. I made art of every subject. I skipped from one field of study to another. I was learning for the sake of learning, not for anything else. At eight I became an expert on the pioneers with Laura Ingalls Wilder as my guide. At thirteen I learned about the Holocaust without opening a single textbook: I read fiction and memoirs about children who lived through it, I watched movies, I visited the Holocaust Museum in Washington DC and Dachau in Germany. While science never seemed particularly fascinating, I found ways to become engaged in it. I wrote poetry about the structure of a calcium molecule, made a Mythbusters-style video with my brother based on experiments we’d conducted. There were never curricula, never clear starts and ends to my learning about a particular subject, never grades to motivate my academics. With homeschooling learning was like breathing: it happened naturally.

You can read the rest here.