hanging with the kids 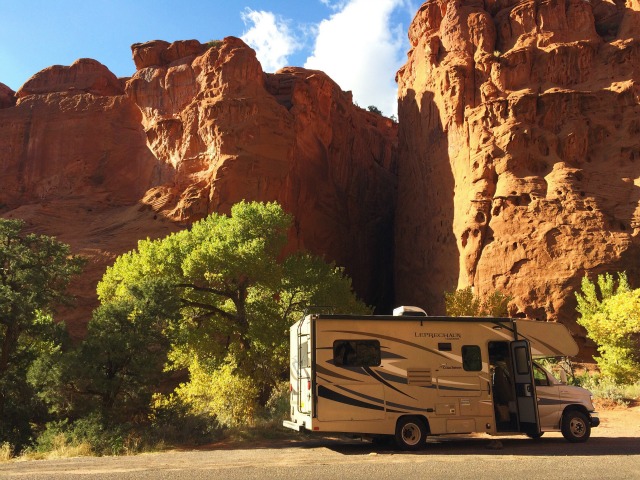 You may be thinking, Where have you been, lady? 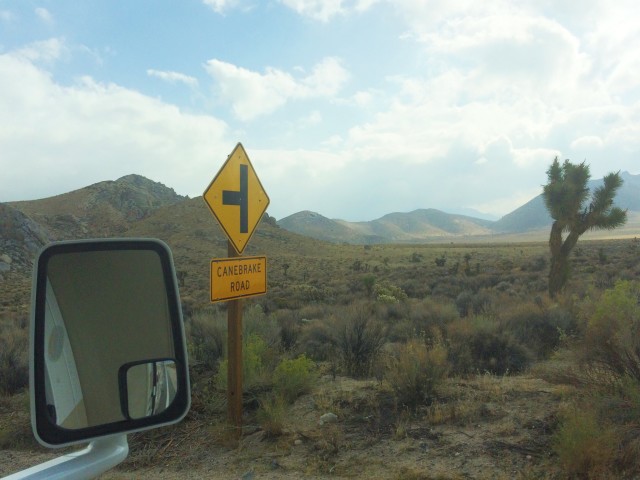 And I would tell you that I’ve been spending time with my kids. Though not entirely as you might think.

For one thing, I’ve been spending lots of time with H and Lulu in 1996. I’ve been taking this The Thirty-Minute Memoir course, and writing about our homeschooling beginnings. 1996 was the year that we gulped real hard and decided to do it. H was four that fall, and Lulu was almost one. I have to really conjure them at those ages, to write them into scenes. So I’m scouring journals, photographs, videos, H’s artwork, trying to recall who they were then.

Those were the days when H was a scratchy-voiced kid who looked a little like Dennis the Menace, with a knocked-out front tooth and an obsession for all things Busytown. At any time of day he might be Huckle Cat or Pickles the Pig or Able, Baker, Charlie, running around the house slinging “flour sacks,” or driving picklemobiles, or building houses, or whatever it was that busy clothed animals do.

Lulu was a baby with eyes so big that she sort of looked like Yoda, who loved purses and had figured out that whenever you hooked one on your arm, you should wave bye bye.

It’s surprising how much comes back when you have a few details, and you put your loved ones in a scene from long ago. I can see H at the library, clear as day, sprawled across a mountain of cushions with a Richard Scarry book, refusing to look for other books to check out. “I just want this one,” he’d say in his crunchy-sugar voice without looking up. I can see Lulu there too, sitting in her stroller, turning the pages of a book gingerly, searching for babies and poking each one she found with a dimpled finger and saying, “Beh beh.” Then she’d slam the book shut and fling it to the floor.

I didn’t remember any of that, until I put them in the library for a passage I was working on.

This explains, somewhat, why I haven’t been here. I’ve been writing my butt off for this class. It’s a boot camp of sorts. We have to submit at least 300 words each weekday (or three at the very minimum) and a more polished 1,000 on Fridays. If we don’t, we get no feedback from the instructor or fellow classmates that week.

It’s great. I’ve been writing more than ever before. Of course, what I’m writing is a hot mess, and I’m still peering through the steam to see if there’s a shape to what’s in there. But it’s satisfying to be writing so much, to be getting this memoir project off the ground, to be reliving those days with my kids.

I’ve also spent time with them in other ways, as you may have surmised from the photos. In October, Chris and I took an RV trip with Mr. T, the kid who wasn’t even a twinkle in 1996. We’ve always wanted to rent an RV, and the plan was to drive to southern Utah to see Zion National Park, Bryce Canyon, Escalante and Moab. The land of red rocks. And that’s what we did. 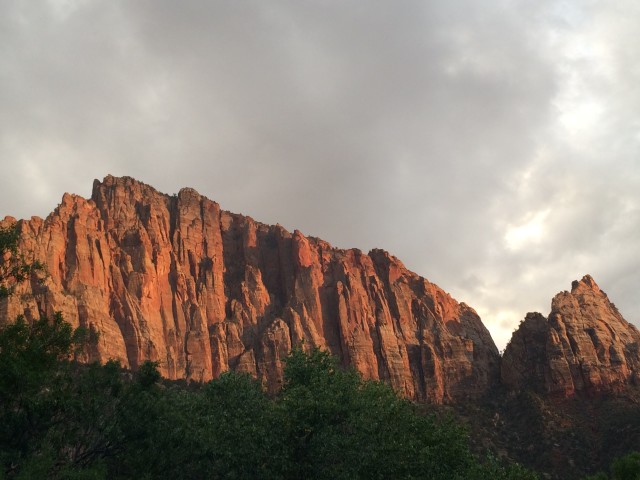 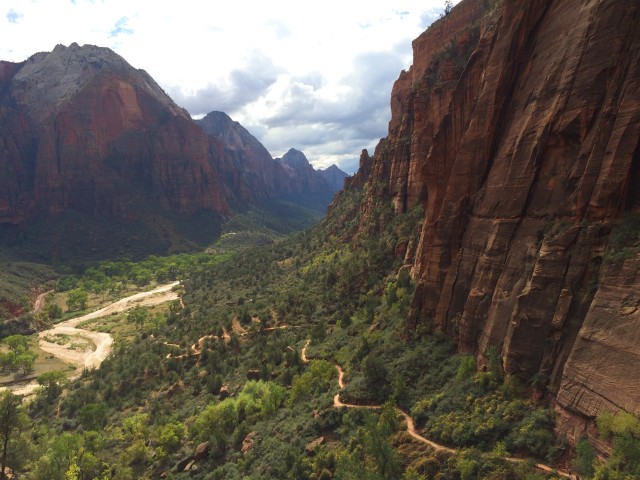 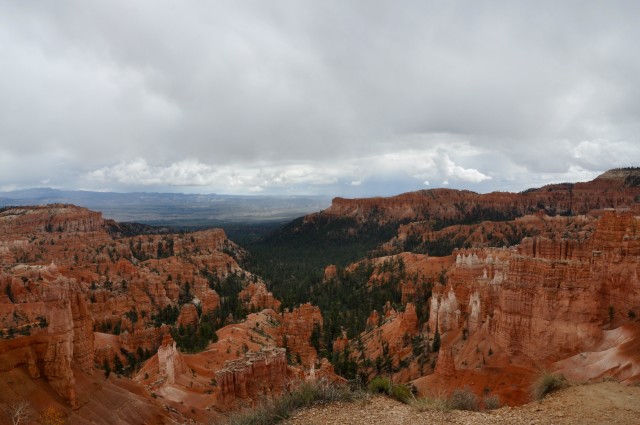 H delighted us by coming along. He flew out from New York and met us in Las Vegas. Vegas was just a stopover, but it was a hoot for a night. Did you know that Circus Circus has an RV park?

We fell hard for traveling by RV. We’re RV geeks now. We could sit out by the campfire, and then climb into our cozy beds, turning on the heat on for a few minutes and feeling like total cheaters! When it rained, we could play Farkle in our cozy dinette! We could make smoothies in the Vitamix (yes, I brought ours, dorkily) and wash dishes in a real, albeit tiny, sink! And when it was time to hit the road, we just made sure everything was strapped down and drove off, bathroom and all. 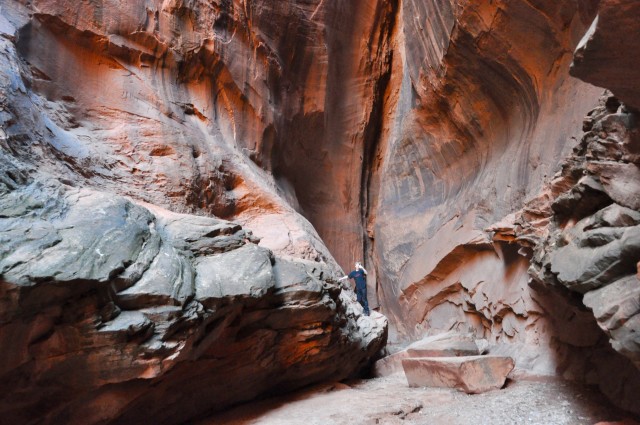 And the views in those parks! They don’t even look real. As we walked around Arches in Moab, I felt like we were looking at fake red rocks from the Thunder Mountain Railroad at Disneyland. You can take a photo and have it look like a postcard without even trying. 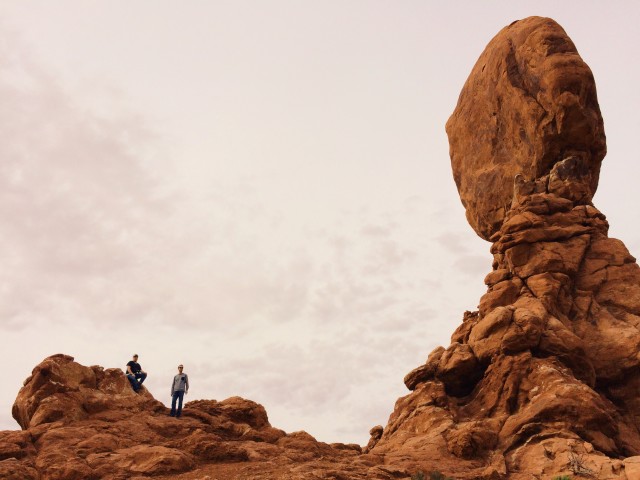 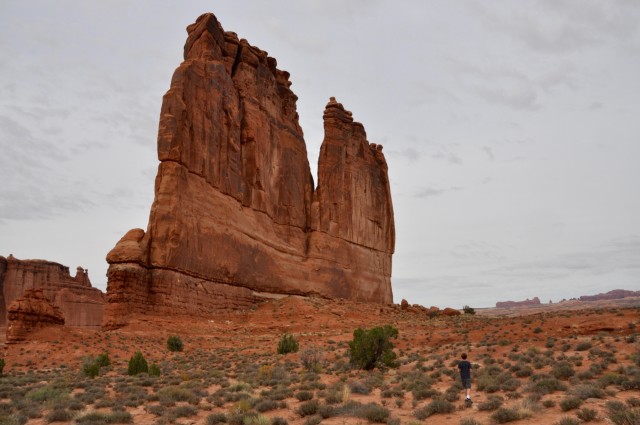 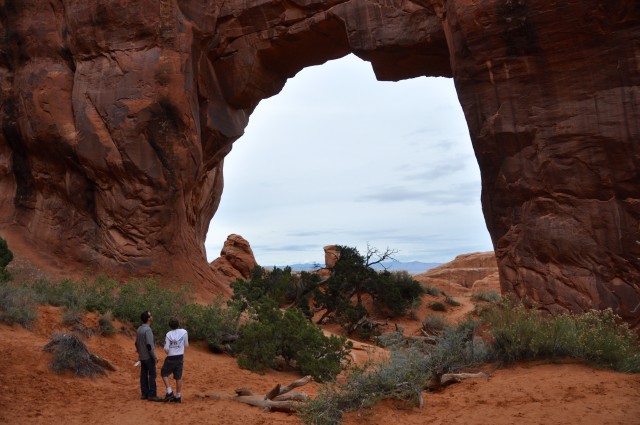 I pretty much followed H around with my camera, to see what he was shooting so I could copy him. But, alas, he’s a professional and I am not. He doesn’t usually work with still cameras, but a camera is a camera. The kid knows his exposures and knows how to frame a shot, while I do a lot of guessing and hoping. I wish I could post some of his photos, but he hasn’t shared them with me yet. 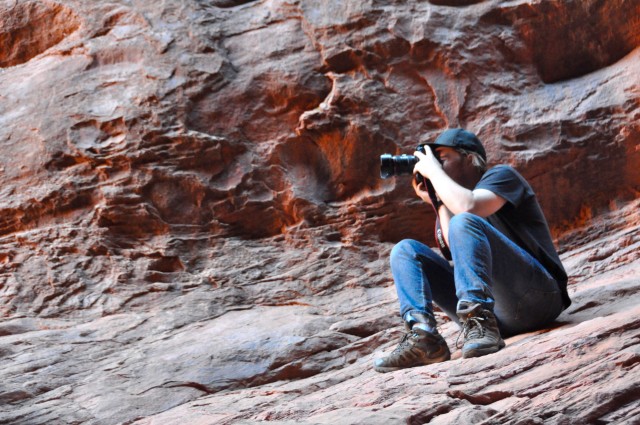 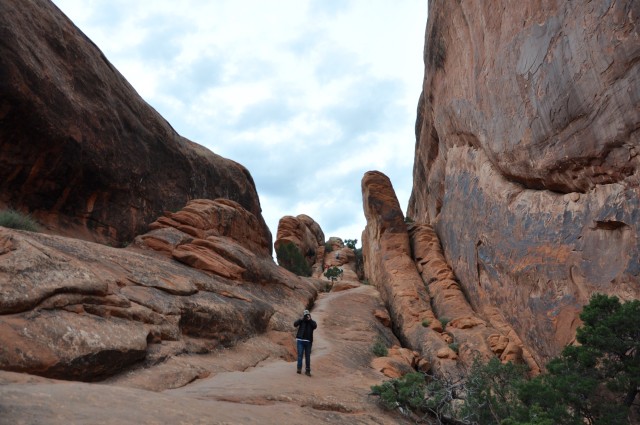 It was a fabulous trip. The boys were hilarious, talking in German accents (because we rented our RV from a company that caters to Germans), wrestling like overgrown wolf pups, convincing me to buy them slingshots so they could shoot pebbles inappropriately. But I did miss my girl. We never planned for her to come; she’s in college and all. Still, when the conversations turned to whether it’s better to leave a knife in or pull it out when you’ve been stabbed, or whether or not you should suck the venom out when you’re bitten by a rattlesnake, I really would have liked to wander off with her. 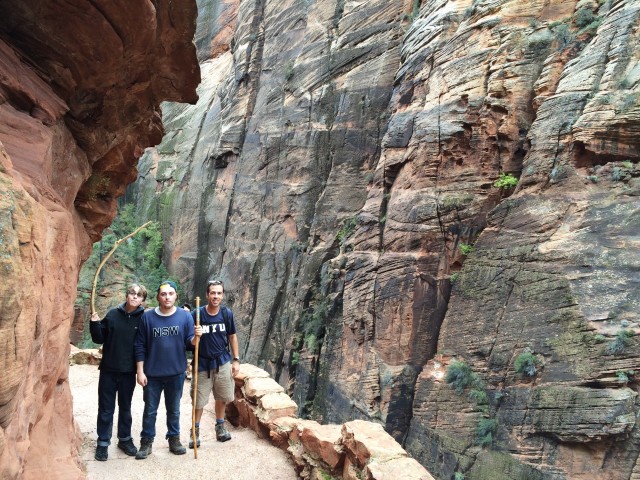 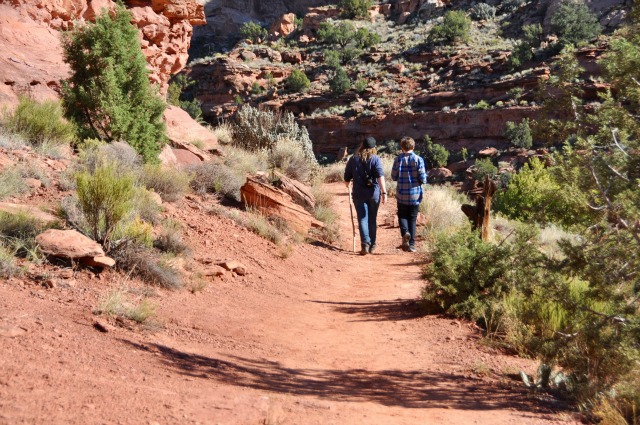 My fall column for home/school/life was all about talking to my girl. Maybe you read it? She and I are all about the conversation. She turned 20 on Halloween–gasp, remember when she was thirteen?–and that morning her dad and I watched her open the presents we’d mailed via FaceTime. It was almost as good as having her here. 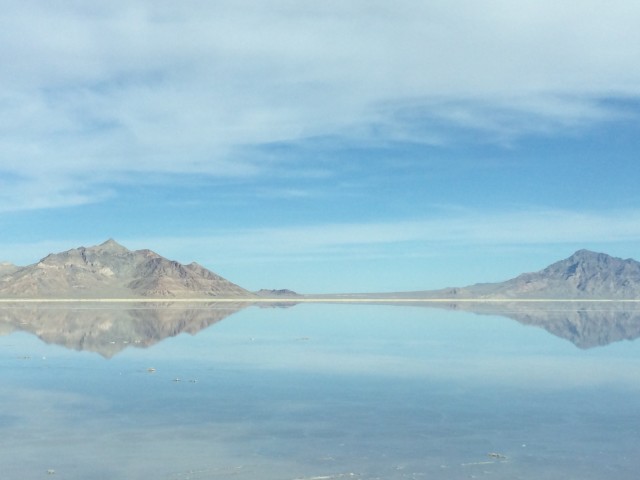 So that’s why I haven’t been here, folks. I’ve been hanging out with my kids. Among the red rocks, on FaceTime, and especially on the page. I’ll try not to take so long to come back.