I’ve been meaning to report back on how Mr. T’s ultimate guide turned out. 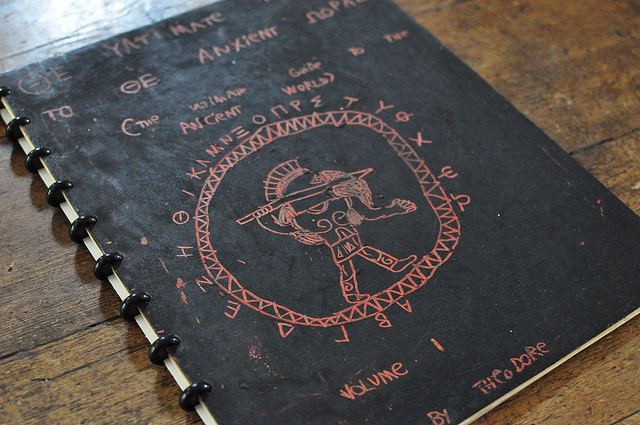 He had a good time making that cover. 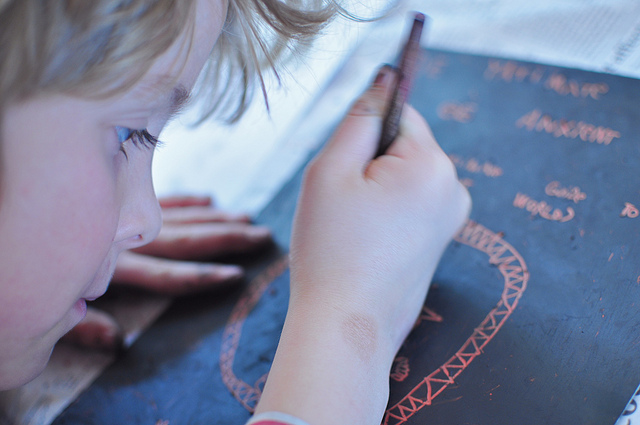 We talked about what he might want put on the front of his book, and looked through a stack of books on the Greeks. We admired photos of Greek pottery engraved with characters from their myths. I thought a scratch art technique might give a similar look, and found instructions here.

T took a goofy pleasure in covering that cardboard in pastel–first the terra cotta color, and then the black. His hands became satisfyingly blackened. 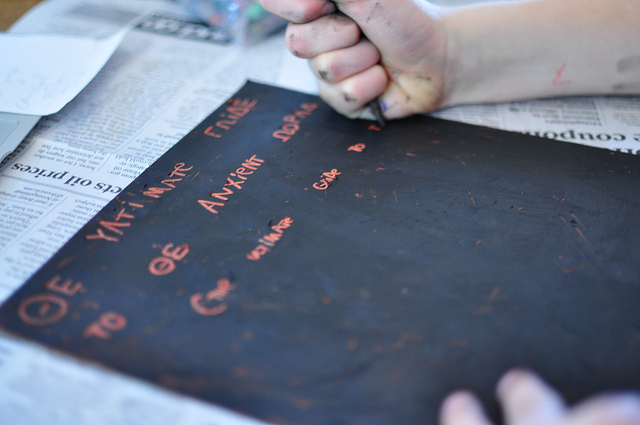 The fun part about scratching the art is that if you make a mistake, you simply reapply more of your upper color and try again.

T had become fascinated with the Greek alphabet–we listened this song a gajillion times–and decided to write his title in Greek letters. 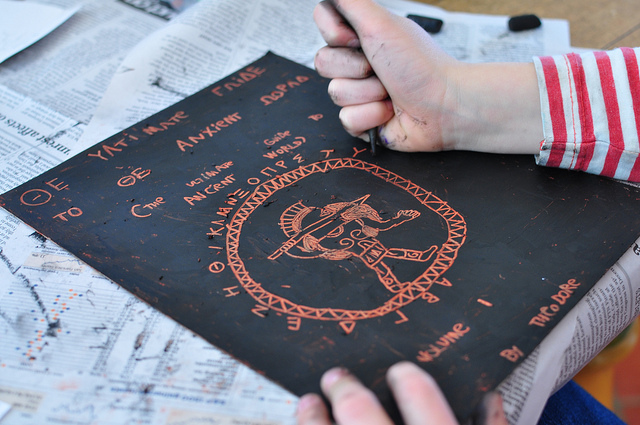 I had to spray the cover with a stinky, undoubtably toxic acrylic spray so that readers of T’s book wouldn’t wind up with hands like his.

Many of T’s ideas from our initial brainstorming session wound up in his book. There were several writing-intensive pages with interviews, history and such. But there was also some graphic fun. Such as character cards: 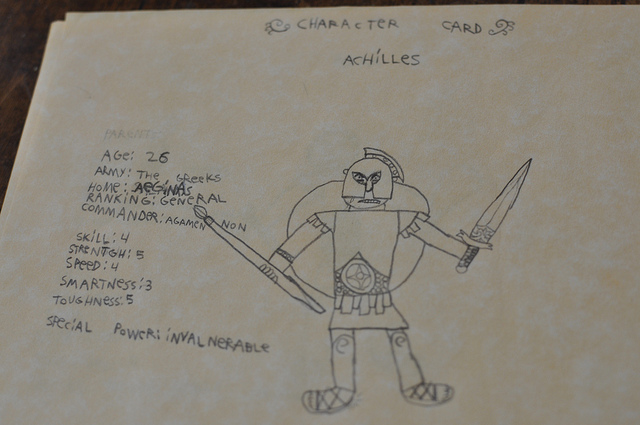 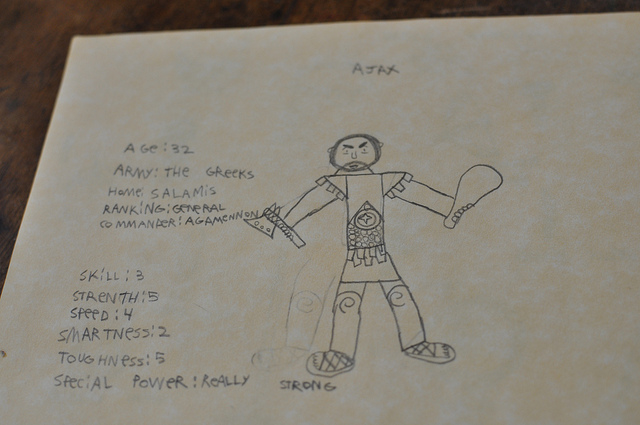 Any work of T’s wouldn’t be complete without a Pokemon-esque analysis: 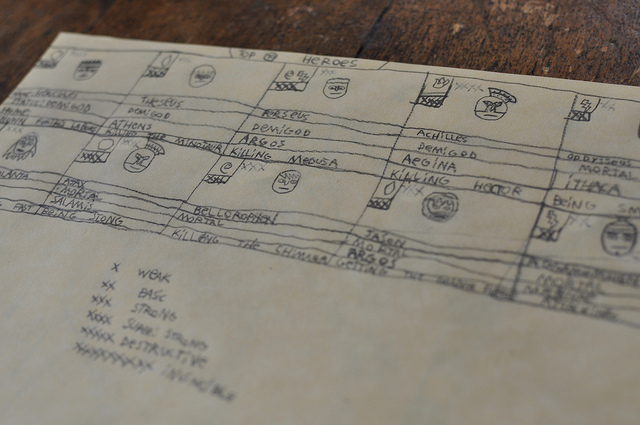 And because this was T’s book and not his mama’s, there needed to be weapons. 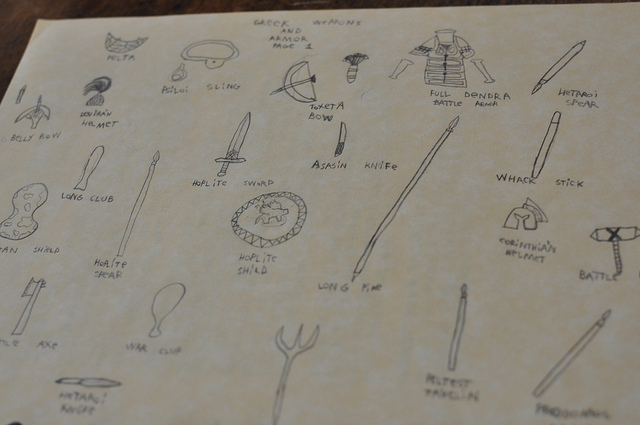 This is my favorite page. Both the concept and design were entirely T’s. 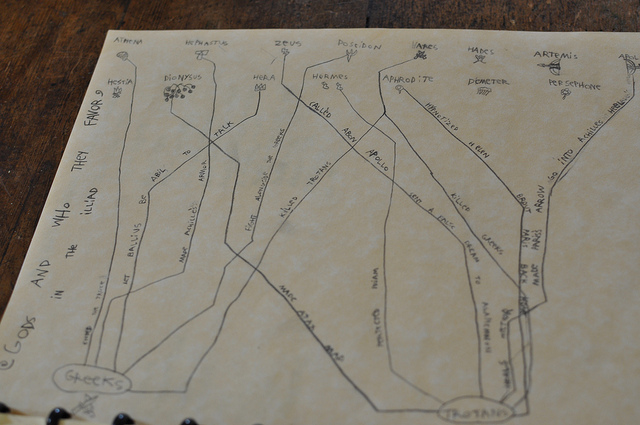 It’s a chart of the Iliad’s gods and who they favored. T did lots of re-reading of a kids’ version of The Iliad to get this right. The alliances are mind-numbing. I’m glad I have a chart to help me out.

We decided to “bind” the book using Circa discs from Levenger. What’s neat about this method of bookmaking is that you can add and move around pages at will, which allowed T to insert pages as he finished them. It’s a rather expensive way to make a book, but I’d already gathered many of the supplies for my own Circa notebook. 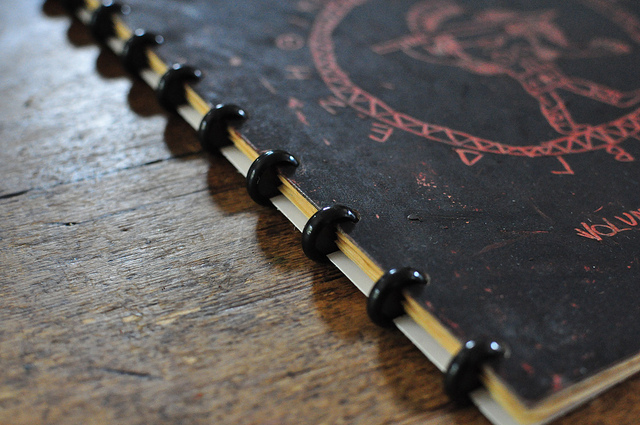 (Check out that notebook, two years later. This is where I’m organizing ideas for my book. It’s a good two inches thick already, and that’s just notes! The book-writing is happening on my computer.) 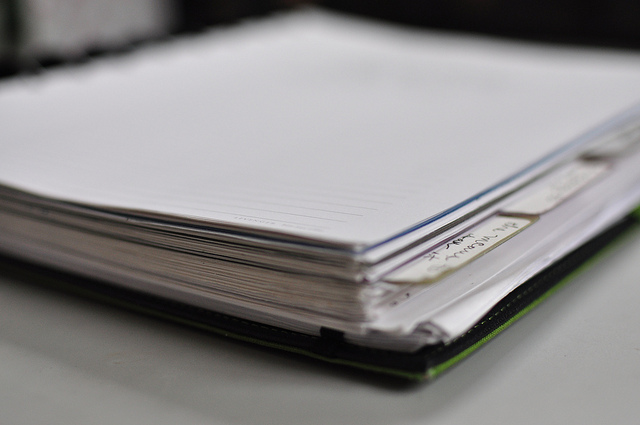 Mr. T enjoyed writing his guide, and was proud to show it at our history fair. (Although, as we’ve learned in the past, a book isn’t always the most eye-catching display at a fair. There’s so much to see that you really have to captivate visitors with big and showy! Next year.) These days we’re having a fine time learning about the Aztec, Inca and Maya. I asked T if he might want to incorporate this into a new section of his guide, since it is The Ultimate Guide to the Ancient World, after all.

“Nah,” he said. “I want to do something different. But I don’t know what yet.”