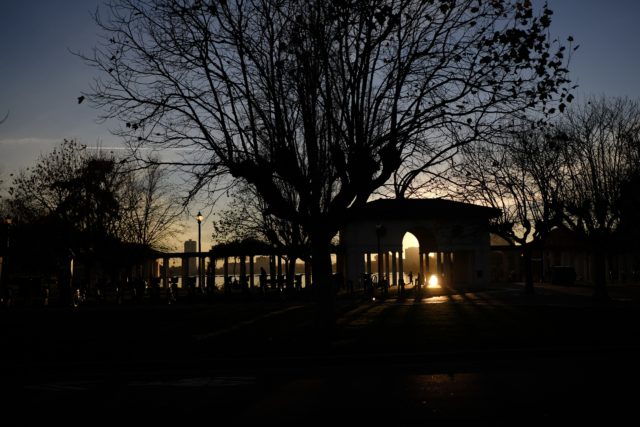 I can’t help but think of 2017 as my year of rejection. That sounds pathetic, and I hesitate to write about it because I’m not snuffling around for pity. The other day, when I began writing my yearly goals in my new Passion Planner, I looked back at last year’s goals. My top goal: “submit stuff!”

In some ways 2017 felt like a waste of a year, writing-wise. But my goal was not “get accepted!” My goal was “submit stuff!” 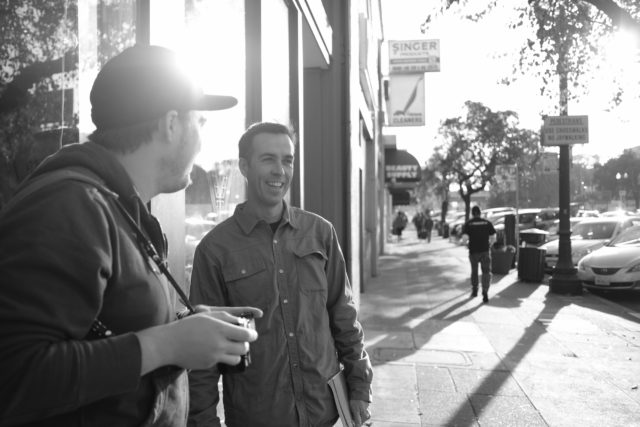 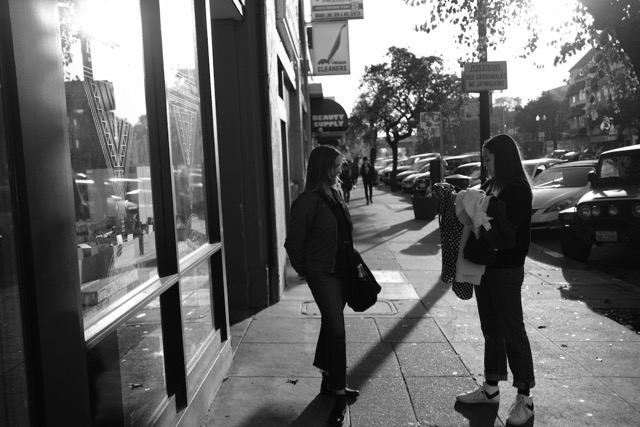 The older two came home for Christmas. L for ten days and H for five. H was supposed to be home longer, but an exciting opportunity to shoot part of a documentary came up at the last minute. So we packed as much as we could into five days. We had Christmas Eve with Chris’ side of the family and Christmas with mine. We played Anomia and Timeline and walked at Lake Merritt and got a camera lesson from our camera kid. We watched too many episodes of Impractical Jokers late at night. We ate Mexican food and Christmas cookies and had a very nice restaurant dinner. We goofed around outside the restaurant and took photographic evidence. 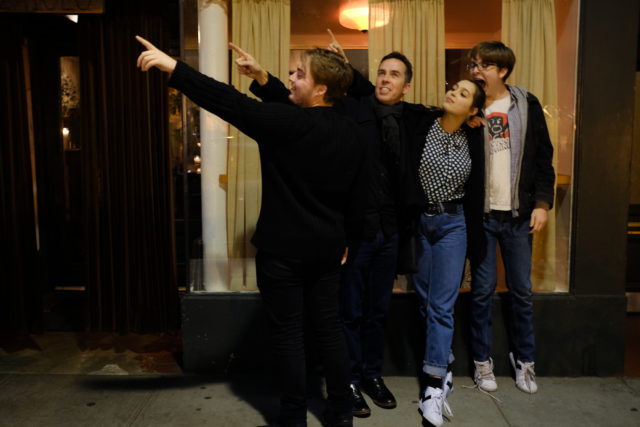 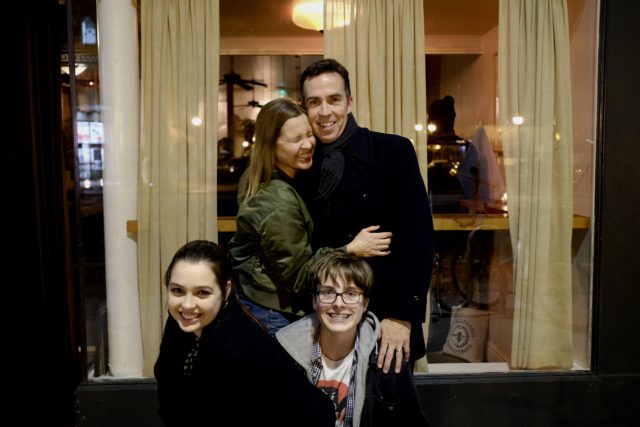 Five days of the five of us. We made the most of it.

The hardest part of all the rejection last year was not knowing how to get better. This is when I worry over the limitations of this thing I call homeschooling my MFA. I’m in a tricky place where most of the classes I have access to are too basic for me—but I can’t seem to get into the workshops or mentorships that might help. And I don’t want to spend the money on an actual MFA. (One kid out of college, one kid in college, one kid on the way to college…)

I decided to find my own mentor. I made a few pleas. Then I contacted Chelsea Biondolillo, whose essays I’ve admired. She had me at hermit crab. 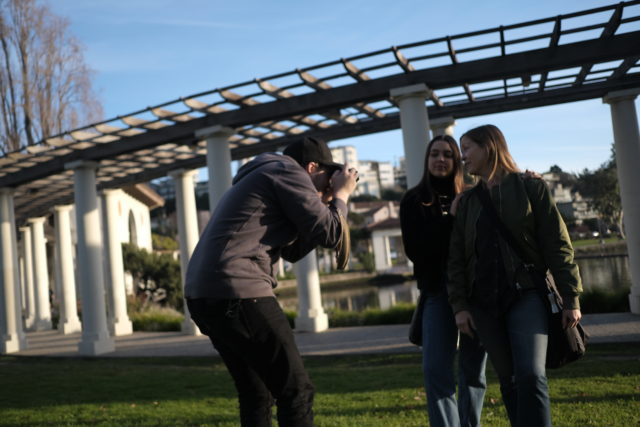 The camera lesson was for our new Fuji XE-3, a small, mirrorless camera. H has an earlier model—apparently it’s the camera many cinematographers keep in their bags for scouting locations and street photography. It’s much smaller than my old DSLR and can send photos directly to my phone. It also links to a tiny Instax printer for instant photos—stupidly fun. I’m counting on this little camera to make me want to take pictures again. 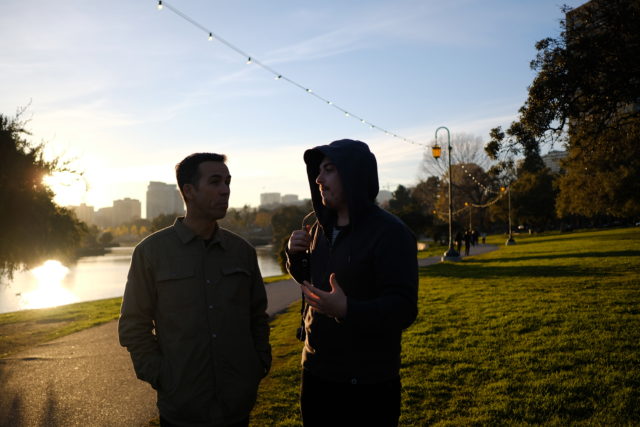 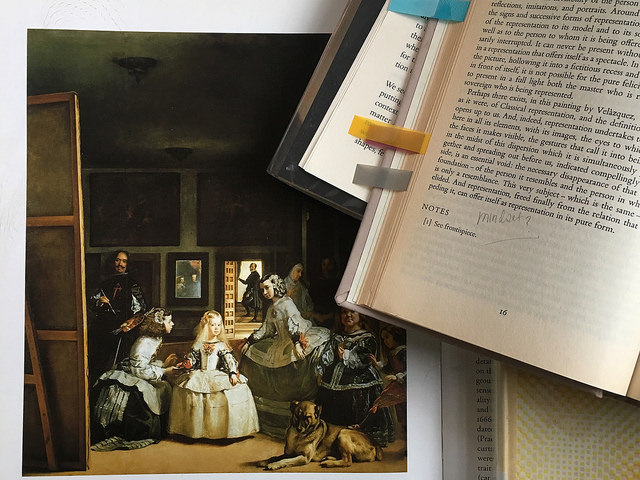 The essay I sent Chelsea was a rewrite of a piece I wrote twelve years ago, about a trip our family took to Spain in 2005. It’s a stand-alone essay, but I’m also thinking of it as a chapter for my memoir. In the current draft I worked in an entirely new thread about the artist Velázquez and his painting “Las Meninas”—L fell for the little princess at the center of the painting as we studied for the trip. I also rewrote almost every other section. I wrote the heck out of that essay and didn’t know how to make it any better.

Chelsea gave me pages and pages of feedback. I could see that she had read and considered the essay many times over. She’s a generous, attentive reader. Her feedback was wide-ranging, but she particularly helped me understand the difference between bringing a reader into my mind and explaining everything away. I began to see that despite all the changes I thought I’d made in the essay, it was still attached to the skeleton of my twelve-years-ago draft.

Chelsea suggested that I write my own thoughts about Velázquez and his painting, rather than simply dropping in expert opinion as metaphor for my story. That understanding opened up more for me: I need to do the same in every section of the essay. I need to write every scene filtered through my own idiosyncratic mind. Which sounds obvious, but I hadn’t quite done that on the page. 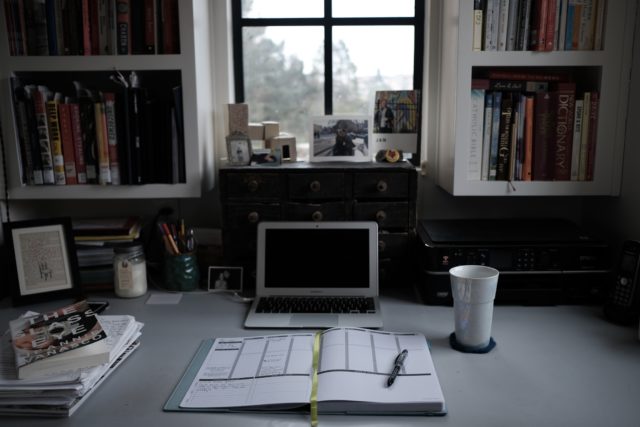 Cal Newport’s Deep Work is a book that is changing my writing practice. On days I don’t volunteer, I schedule in two separate two-hour sessions of uninterrupted work. No email. No texts. No internet searches. No nothing but writing or walking and thinking. I schedule in time later in the day for the “shallow work” of email and such. Then I turn off my email until the next day. I check in on Twitter at lunch and Instagram in the evening. That’s it. If I’m waiting in line somewhere, I look at the people around me.

To tell the truth, this is changing more than my writing practice.

I mulled over Chelsea’s feedback for a few weeks. Then we talked via Skype for over an hour. It was a very good hour.

We wound up chatting about fragmented essays and memoirs, which is the form I keep finding myself drawn to, which you know if you’ve been reading here for the past couple of years.

Chelsea recommended several. I’m currently reading one of her suggestions, Jill Talbot’s The Way We Weren’t, very slowly and attentively. I also discovered Jeannie Vanasco’s The Glass Eye—fragmented, smart and a little weird. I scarfed it down. Vanasco writes about trying to figure out how to write the book she’s writing. Which I found irresistible.

It began to dawn on me that while almost all my recent blog posts have taken a fragmented form, I have yet to write an essay or memoir chapter in that form.

I began to rethink the Spain essay. 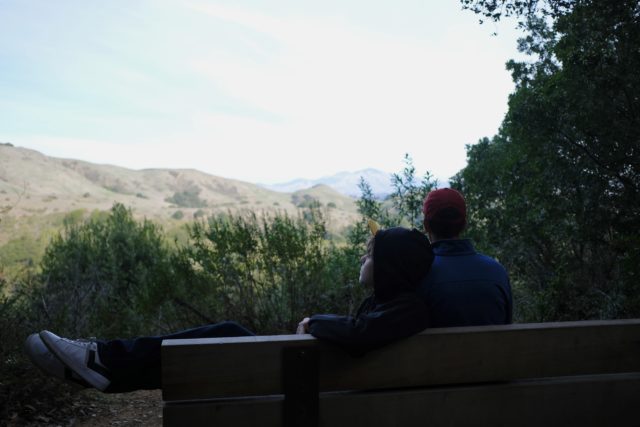 The new camera inspired me to catch up on organizing our photos. A few years ago I uploaded almost all of our digital photos to a private account on Flickr. I was a few years behind but now they’re all there—every decent digital and phone photo we’ve ever taken since 2004, all 15,959 of them. I’ve sorted them by season and special occasions and trips. Seeing all those photos organized on a screen gives me a ridiculous sense of satisfaction. Maybe it’s just the result of having accomplished a huge task, but I think it’s also the feeling that I’ve pinned down time somehow. That if, with a mere few clicks, I can see what we were doing in, say, the spring of 2009, I won’t feel that time is spinning out of control. 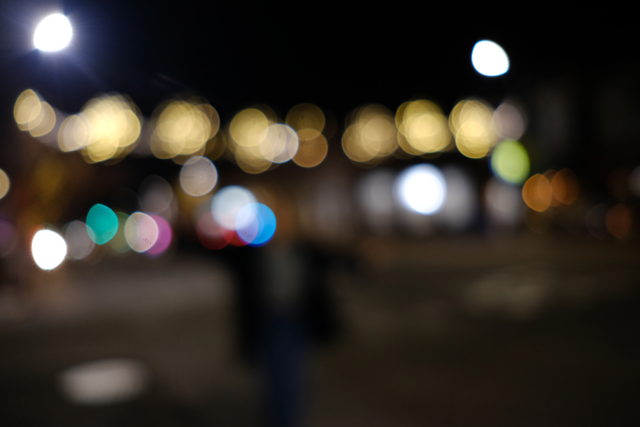 The essays that kept getting rejected in 2017 were essays I wrote in a generative writing class last January. Meaning a class designed to generate new work. I revised and revised those essays after the class, but still, they were somewhat strange essays. They did not take on the fragmented form that I keep talking about. That I keep finding myself drawn to.

They were, it occurs to me now, rather formless.

The other day Dina Relles, a Twitter acquaintance, tweeted, “Sometimes rejections save me from myself.”

I clicked a red heart on that tweet immediately.

In my two-hour “deep work” sessions, I’ve been writing little scenes and sections about our trip to Spain. I don’t know how they’ll fit together but I’m not worrying about that now.

I want the reader to see what I was paying attention to.

I want to arrange the sections so the reader has some figuring out to do. 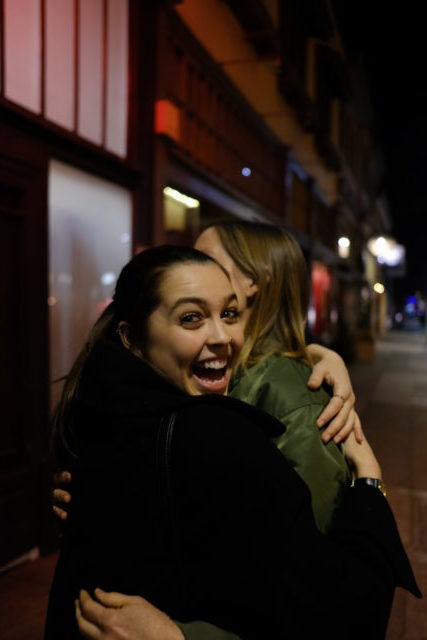 While it’s great to see, with a few clicks, what we were doing in spring 2009 (making limoncello, installing our first beehive, taking our oldest to visit potential colleges), it does not really make me feel that time is not spinning out of control. That oldest kid left for college in New York in 2010, which means this was our eighth Christmas with him flying home and then leaving again.

It was his sister’s fourth Christmas of flying home and leaving again.

Time is flying even more than my kids are. I am having trouble wrapping my brain around any of this.

Another reason why I don’t want to look back on an entire year and see nothing but rejection.

Writing these Spain fragments is interesting. I’m taking what I’ve already written and I’m distilling it. Boiling away all that explaining and leaving just enough for the reader to come to her own conclusions.

Or at least that’s what I’m trying to do. 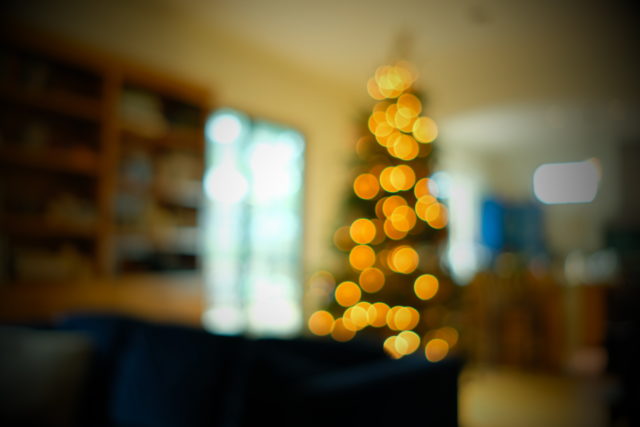 I’m interested in this notion of distillation right now.

Maybe what I find most satisfying about our Flickr page is that it’s a distillation of our family life together. So much time, so many memories, concentrated in one place.

Even my deep work writing sessions are a sort of distillation of my attention. Pure, undistracted attention.

Always, distillation requires a larger source. You don’t get to the essence of anything without having something to extract from.

Maybe I shouldn’t think of 2017 as my year of rejection but my year of submitting stuff! My year of making stuff. Now I have something to work with. To boil down to its heart.