the liminal space of the college application essay 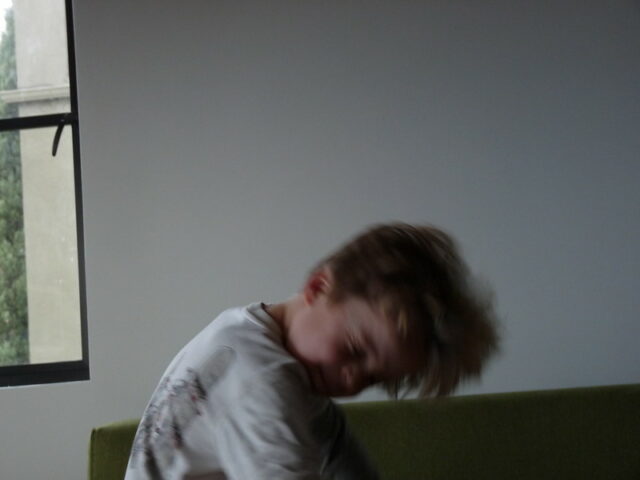 I’ve spent the last month or so helping T with his college application essays. It’s a little hard to believe. Ten years ago his brother was applying to film school, and I was writing about The College Application Monster. Six years ago I talked and talked with his sister about her essays, including the Common App essay that made me worry she might not get accepted anywhere (and that ultimately won her an essay contest scholarship.)

And now, it’s this guy’s turn. (Holy cow, I tried reading that post–about a certain seven-year-old’s love of Bon Jovi–while working in a dead silent literary center and had a very hard time muffling my giggles.)

I’m not sure I’ve written about the volunteer work I do with an amazing youth writing center called Chapter 510. For the past three years I’ve helped seniors at this really cool public high school write their college application essays. This school is special for so many reasons–a big one being that the students have internships twice a week throughout their entire four years. By the time they’re seniors they have a strong sense of what they like to do and where their natural talents lie. Also, many of the students are the first in their families to apply to college; many are the children of immigrants or are immigrants themselves. The stories they share about their lives knock me sideways with their power, again and again.

I only linked that Bon Jovi post as evidence that just a minute ago this 18-year-old college applicant was seven and standing on the couch singing about me giving love a bad name and where did time go?

But as I read the post, I thought: he has been him all this time.

With the students at the high school (and T, too) I’m listening for the times when they’re telling a story that sets them apart, even if–especially if–they don’t recognize what is unique and compelling about the story in the first place. Like the student who immigrated from Bosnia and taught himself to speak English at five by watching The Lion King on repeat. Like the student whose father went back to Yemen for a wedding, leaving the son to run the family’s convenience store for a month as a sixth grader.

You know, no big deal.

Helping T with his essays was delightful and exasperating. Exasperating because he is most motivated only when a deadline is about to come down like a guillotine. Delightful because I think he managed to get his wacky, can you google it self across.

The first line of his Common App essay: All my life, I’ve been motivated by fun.

As his mother, I can verify this.

My job with the high school students is mostly to listen. I get them talking: about their internships, their interests, their family lives. They come to know me as the lady with the Post-Its: as they’re talking, I write down what they say, one idea per Post-It. Then we look at the Post-Its and sort the ones that go together, put them in piles.

We talk about the piles that excite them most.

As they speak, I’m listening for the times when their voices rise, or their words come fast, or their hands come alive with gesture. I point out the places where they seem to get the most worked up. Sometimes they don’t recognize the importance of those particular stories. That they’re revealing, in those moments, who they are.

There was the student who lit up when she talked about binge-watching TV shows. Binge-watching TV shows did not seem like a promising topic for college application essay, but when she went on to tell me about her internship filming documentaries, her subject became appreciating how much work goes into filmmaking–even binge-able TV shows–and learning to apply that work ethic to the rest of her life. There was the student whose words raced when she talked about translating for Latinx families during her internship in the labor and delivery department of a local hospital. Already a good essay topic, but her memory of helping one specific couple shimmered in the retelling. We came up with the idea of starting and ending her essay with that particular story.

I rarely sit with students as they write an essay. I help them figure out which story to tell, which details they might include, and then I send them off to write. Later, I’ll help with clarity and word count, but the essay has to be in their words, their voice.

The essay has to be theirs.

What do you hope to add to your roommates’ experience? What do you hope they will add to yours? I look forward to being in the company of intellectually curious and cross-disciplinary thinkers who aren’t afraid to have a few laughs along the way. I’m excited at the prospect of sharing my love of deep discussion and collaboration. Also, I’ll bring the LaCroix.

What historical moment or event do you wish you could have witnessed? It’s an odd choice, but I’d witness the Fall of Constantinople in 1453. The fall of the Roman Empire’s last vestiges, the first military use of gunpowder, and the end of the Medieval period are summated in this event, which I consider the most apt divider between antiquity and modernity.

What is your dream job?Host of The Tonight Show

They are all so different. They all have stories to tell. Whether I’m working with the students I volunteer with, or my own three very different kids, my goal is to help them capture who they are on the page. Not who they think an admission panel wants, not the stories they think those people want to hear.

It’s an amazing position to be in: watching a kid navigate this liminal place. Looking back at their lives to understand who they are; looking forward to tell where they want to go.

And I get to sit there on that momentary cusp with them and listen. Lucky me.

This time helping T with his essays has been bittersweet. It’s the last time I’ll be in this particular liminal space with one of my own kids. Looking back, dreaming forward. Ten years ago I was helping my oldest navigate this place in his life, and T was just a little kid pummeling his dad as a mega-wrestler named Jon Bon Lennon, and asking me to google things for him. I suppose it wouldn’t have taken much of a leap to imagine that ten years later he’d be ending a college application essay like this:

When I think forward to college, I look back fondly to the bedroom floor of my homeschooling days, where beside the infographics, card games, and history books, lay maps, timelines, and fragments of stories, all the refuse from my curiosities and explorations. I imagine that my college life might look something like that: late nights writing stand-up routines, roundtables on diplomacy in the South China Sea, Cup Noodle-fueled entrepreneurial scheming, and dining hall discussions about the pros and cons of kleptocracies (mostly cons).

I can’t wait to see where that might be.