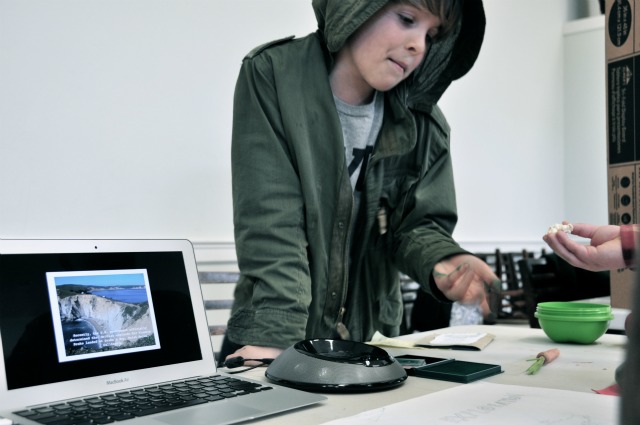 It’s been a long time (like, um, a year), so here’s another writing ideas post. Finally. But first read the disclaimer and simply tuck this idea into your back pocket. It may not tickle your kids.

Mr. T is an info-maniac. His favorite part of his beloved National Geographic Kids Magazine is the “Weird But True” section, which is a collection of surely-that-can’t-be-true facts. Like “There are 294 different ways to make change for a $1 bill” or  “A cloud can weight more than a million pounds.” Check out some facts yourself by clicking the magazine link above and scrolling through the “Weird But True” section in the right column.

When we discovered that Nat Geo has a Weird But True app for kids, I bought it for T and downloaded it to the iPod he inherited from one of his teen siblings. T loves it. Basically, it’s a series of interesting facts displayed on slides. Lots of vivid colors, cool fonts and interesting graphics. Click on the app link and view a few examples.

A few months back, T decided to focus on the Age of Exploration for our homeschooling group’s annual history fair. (For folks who doubt the learning value of video games, T’s interest was entirely fueled by his love of Age of Empires.) Knowing his admiration of what is weird but true, I wondered if T might want to make his own series of slides on the topic of exploration.

He liked that idea. And I think other kids might too. It can work for any topic a kid is into.

The project fell into two parts: finding the facts and making the slides.

Whenever T delves into any new topic, I do like any good homeschooling parent and head to the library. I look for good nonfiction–although I leave behind those awful, clearly-written-for-schoolkids-doing-reports books that are such a bore–and check out armloads. I also look for interesting documentaries, films, and websites.

As he started this project, whenever T read, or we read together, I encouraged him to add a sticky tab when he encountered a fact that intrigued him.

Eventually he began compiling a list. This was the slightly tricky part: how do you paraphrase ideas from books in your own words? This is such a thorny subject, for kids and parents alike, and such an important skill for kids to acquire that I’m planning to write about it in more depth in an upcoming post. But briefly, this is what we did: First, I asked T to simply remember as many facts as he could–without consulting the books–and I transcribed his words. It’s easiest, I think, for kids to rephrase someone else’s ideas if they haven’t just looked at the original document. They remember the notion, and not the precise words. For those he couldn’t remember, I looked at his stickies and reminded him with a loose suggestion. Something like: “You wanted to write one about how Captain Cook died.”

For the ones in which he did need to consult the original pages, we read them aloud and he tried to rephrase in his own words. When kids are new to paraphrasing from other sources, working with an adult can be a big help. I typed so T could focus on the phrasing. If his suggestion was too close to the original, I nudged him to say it differently, and more in his own style. Sometimes I played thesaurus and offered alternative words, and he chose which he preferred. Since I was typing, rephrasing became like a game, and I was surprised at how quickly T picked it up.

It may not sound like much, simply collecting interesting facts from a variety of sources, but I beg to differ. It’s a valuable skill. It encourages kids to look at the information they’re taking in–whether from a book, or a film, or a website–and to consider which parts captivate them. It allows kids to connect with other sources on a personal level. This same skill will, eventually, help kids write thoughtful and engaging essays, reports and reviews, if they choose to. It’s a great stepping stone into other nonfiction writing.

Originally, I pulled up PowerPoint for T to use. He was making a slideshow, and slideshow=PowerPoint, right? Well. PowerPoint certainly wasn’t intuitive for T, and we ran into our first big glitch when he wanted to draw on a slide. I clicked around and tried to figure out how to draw in our particular PowerPoint version. Finally I just decided that it would be easier for T to draw in Kid Pix, a program he’s comfortable with, and then we could import his drawings later.

Silly me. Once we pulled up Kid Pix, I remembered that it’s designed to make slideshows. In a way that’s very intuitive to the kids in the program’s title.

We’ve had a version of Kid Pix around here since my college kid was little. I think we’re on our third. It’s a fun program, and mostly my kids have used it as a plaything, a way of making computer art and just messing around with images and sounds. When T was younger, he liked to make armies of monsters on the screen, and have them stamp each other out. He’d eventually cover the screen with layers and layers of images–and then he’d swirl them up. Crazy fun. I don’t think any of the kids have used it for a project before. But the beauty of that is that after years of playing with the program, T already had lots of experience when it came to making his slides.

(No, I do not receive a kickback from Kid Pix. I just think it’s a fantastic, creative, open-ended piece of software for kids. If you’re interested, you can get a 15-day free trial on their website. Do it!)

Honest truth: the first few slides were a bit of a slog for T. Making slides look and sound like he wanted them to was time-consuming. This is one reason why I love authentic audiences for kids’ explorations, like history fairs–even if it means I have to organize them. T had a deadline, and he wanted to have something exciting for the fair. I encouraged him to keep at it, and eventually he began to see all the slide-making possibilities that Kid Pix offered. Then he got really into designing slides and dug in on his own.

Here’s a link to his slideshow. (Unfortunately, I couldn’t get the sound to export correctly, so we left it out. Too bad: the sound added a lot, and I’m sorry that you don’t get to hear T’s death groans on the Captain Cook slide.)

The show is, how shall we say it, nothing show-stopping; it’s just a kid’s first foray into slideshows. And honestly, the part of his history fair exhibit that got the most attention was the challenge that required visitors to sort fruits and veggies into Old World/New World categories. (Did you know that although tomatoes and potatoes are New World crops, eggplant–from the same plant family–is an Old World crop, from Asia? Can any botanists out there explain?)

Still, T had fun making the show, and he’s amped up about using Kid Pix for other projects. It’s all about mixing his words with design, which is, as I keep mentioning, a skill for the new millennium.

If your kids try something along these lines, please leave a comment and let me know!